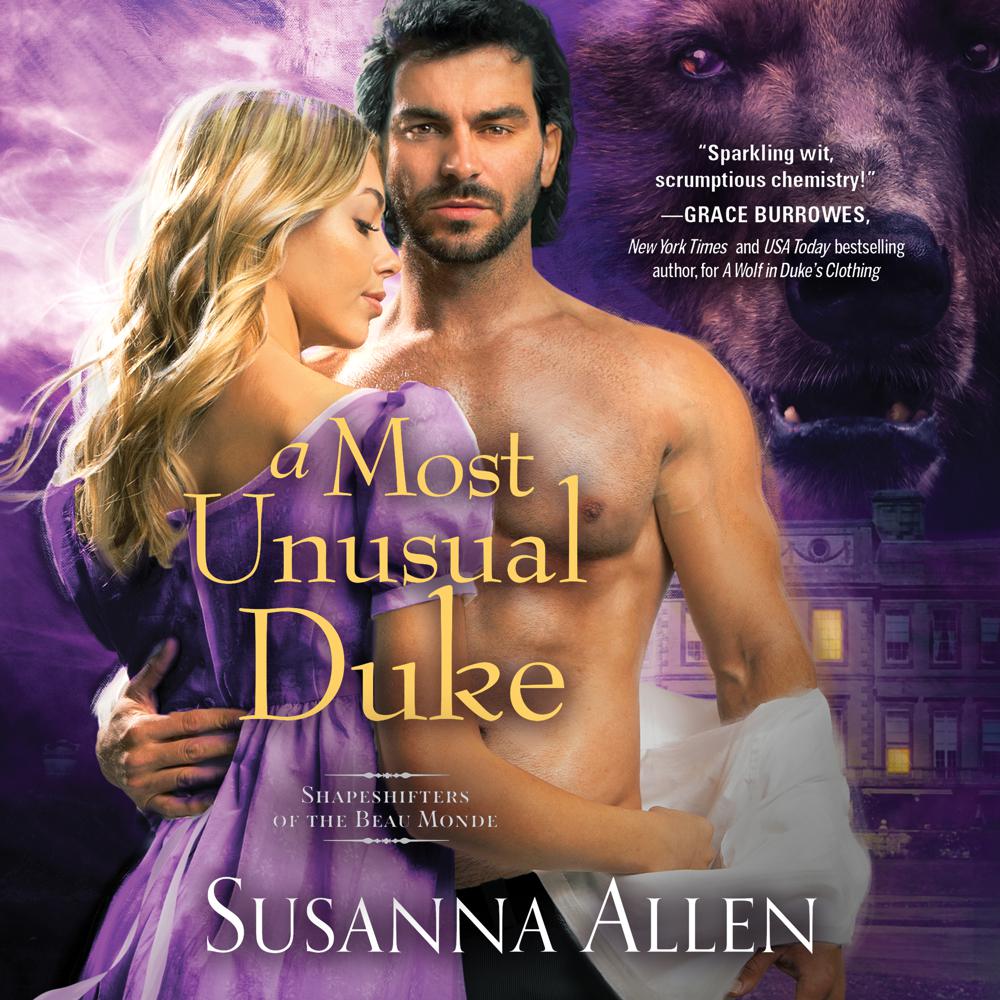 A Most Unusual Duke

The Prince Regent, who unbeknownst to his loyal subjects happens to be a bear shifter, insists his cousin, Arthur Humphries, the Duke of Osborn and Bear Alpha, take a mate to ensure the continuation of their species. It’s the price of nobility apparently. The Duke would very much prefer his comfortable bachelor lifestyle, but the Prince Regent is not a bear to be poked. Beatrice, the widowed Marchioness of Castleton, is in possession of a powerful secret. She knows all about shifters; her horrible late husband being one of them. At any moment, Beatrice could take advantage of her secret over the Prince and the pack—that is, unless her entanglement becomes a binding one. A marriage between the Duke of Osborn and Beatrice isn’t what either of them wants, but the attraction is mutual. Even so, it will take much more than a shared bed to open up their hearts to one another.