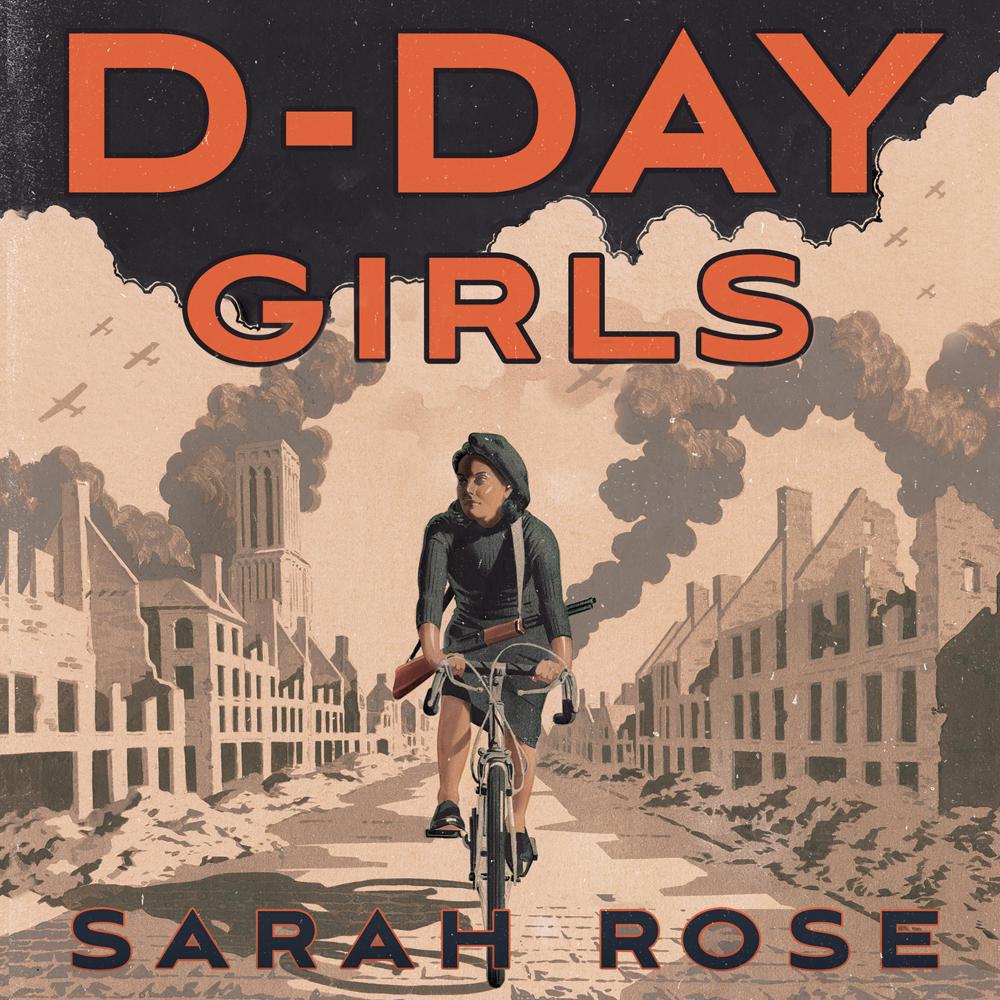 The dramatic, untold story of the extraordinary women recruited by Britain’s elite spy agency to help pave the way for Allied victory, for fans of A WOMAN OF NO IMPORTANCE by Sonia Purnell

‘Gripping: Spies, romance, Gestapo thugs, blown-up trains, courage, and treachery (lots of treachery) – and all of it true, all precisely documented’
ERIK LARSON, author of THE DEVIL IN THE WHITE CITY

‘The mission is this: Read D-Day Girls today. Not just for the spy flair but also because this history feels more relevant than ever, as an army of women and girls again find themselves in a fight for the common good’
LILY KOPPEL, author of THE ASTRONAUT WIVES CLUB

‘Thoroughly researched and written as smoothly as a good thriller, this is a mesmerising story of creativity, perseverance, and astonishing heroism’
PUBLISHERS WEEKLY, Starred review

In 1942, the Allies were losing, Germany seemed unstoppable, and every able man in England was fighting. Believing that Britain was locked in an existential battle, Winston Churchill had already created a secret agency, the Special Operations Executive (SOE), whose spies were trained in everything from demolition to sharpshoot­ing. Their job, he declared, was to ‘set Europe ablaze’. But with most men on the front lines, the SOE was forced to do something unprecedented: recruit women. Thirty-nine answered the call, leaving their lives and families to become saboteurs in France.

In D-Day Girls, Sarah Rose draws on recently de­classified files, diaries, and oral histories to tell the thrilling story of three of these remarkable women. There’s Andrée Borrel, a scrappy and streetwise Parisian who blew up power lines with the Gestapo hot on her heels; Odette Sansom, an unhappily married suburban mother who saw the SOE as her ticket out of domestic life and into a meaningful adventure; and Lise de Baissac, a fiercely independent member of French colonial high society and the SOE’s unflap­pable ‘queen’. Together, they destroyed train lines, ambushed Nazis, plotted prison breaks, and gathered crucial intelligence-laying the groundwork for the D-Day invasion that proved to be the turning point in the war.

Rigorously researched and written with razor-sharp wit, D-Day Girls is an inspiring story for our own moment of resistance: a reminder of what courage-and the energy of politically animated women-can accomplish when the stakes seem incalculably high.