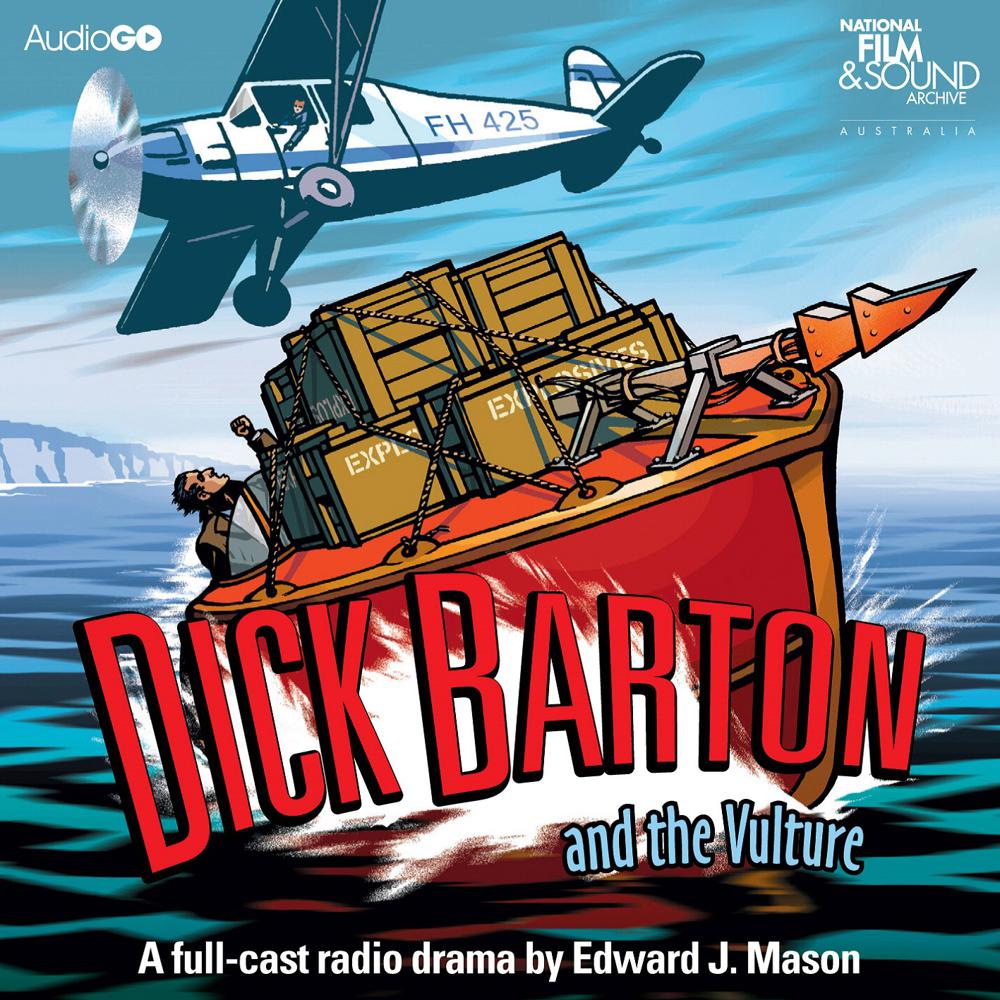 Dick Barton And The Vulture

Heralded by an instantly memorable signature tune, the adventures of special agent Dick Barton and his friends Jock and Snowey, originally ran on the BBC Light Programme between 1946 and 1951. Set in an exciting world of criminal masterminds, espionage and adventure, the series was essential listening for an entire generation. Sadly very few of the BBC’s original recordings still survive. However, in 1949 a number of early Barton tales were re-recorded for transmission overseas. Starring Douglas Kelly, these re-stagings found new audiences in Australia, New Zealand and South Africa. Over 300 of these ‘international’ recordings were rediscovered in the National Film and Sound Archive of Australia in 2009 and allow listeners finally to relive the escapades of the great Dick Barton. In the first story of the second radio series, Barton is on the trail of Tony Patelli, a criminal mastermind who has stolen a lorry-load of gold bullion. Can Barton save a kidnapped girl from Patelli’s clutches? Can he defeat the Vulture? Find out in this next exciting instalment of Dick Barton – Special Agent!