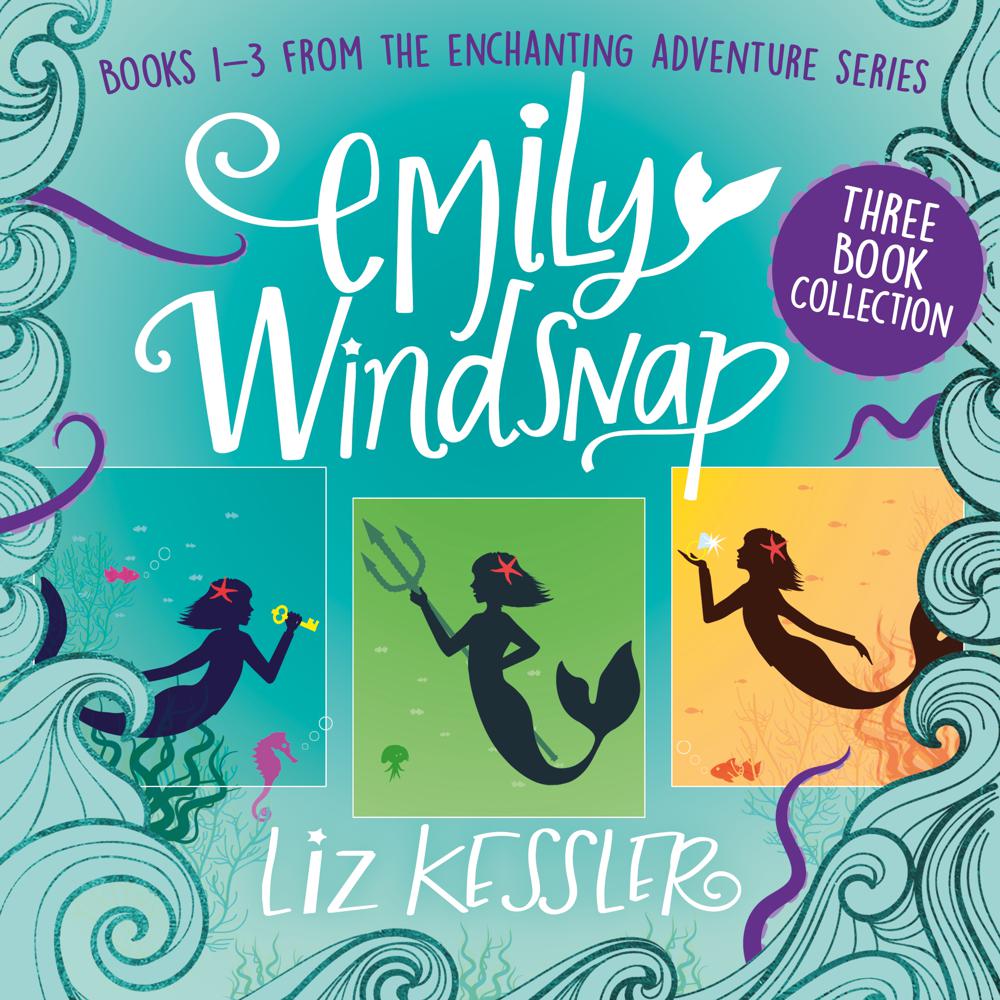 The first three audiobooks in the bestselling Emily Windsnap series. An enchanting fantasy series which deals with universal themes of family, friendship, love and justice.

Emily Windsnap lives on a boat, but her mother has always been oddly anxious to keep her out of the water. It is only when Emily has her first school swimming lesson that she discovers why: as soon as she gets into the water, she grows a tail!

Soon Emily discovers a glorious underwater world of fishes, coral, shipwrecks and mermaids, and – best of all – she finds a best friend! With mermaid Shona Silkfin by her side, Emily uncovers a surprising family secret and embarks on a quest to reunite her mum and dad.

Emily Windsnap is thrilled to arrive at her new home – a secret island near the Bermuda Triangle where humans and merfolk live together, and where being a girl who grows a tail as soon as she enters the water isn’t a problem.

But she can’t resist exploring forbidden places, and, as a result, she inadvertently wakes the kraken – the legendary sea monster that has been asleep for two hundred years!

Emily tries to undo the damage as the kraken’s terrifying tentacles rise from the deep!

The magic ring that Emily Windsnap – half mermaid, half ordinary girl – finds buried in the sand belongs to Neptune, and he wants it back. But the ring, once on, won’t come off, and an angry Neptune sends Emily’s boat spinning away across the sea. When it comes to rest, she and her best friend, Shona, can see a mysterious castle shimmering in the mist on the horizon…