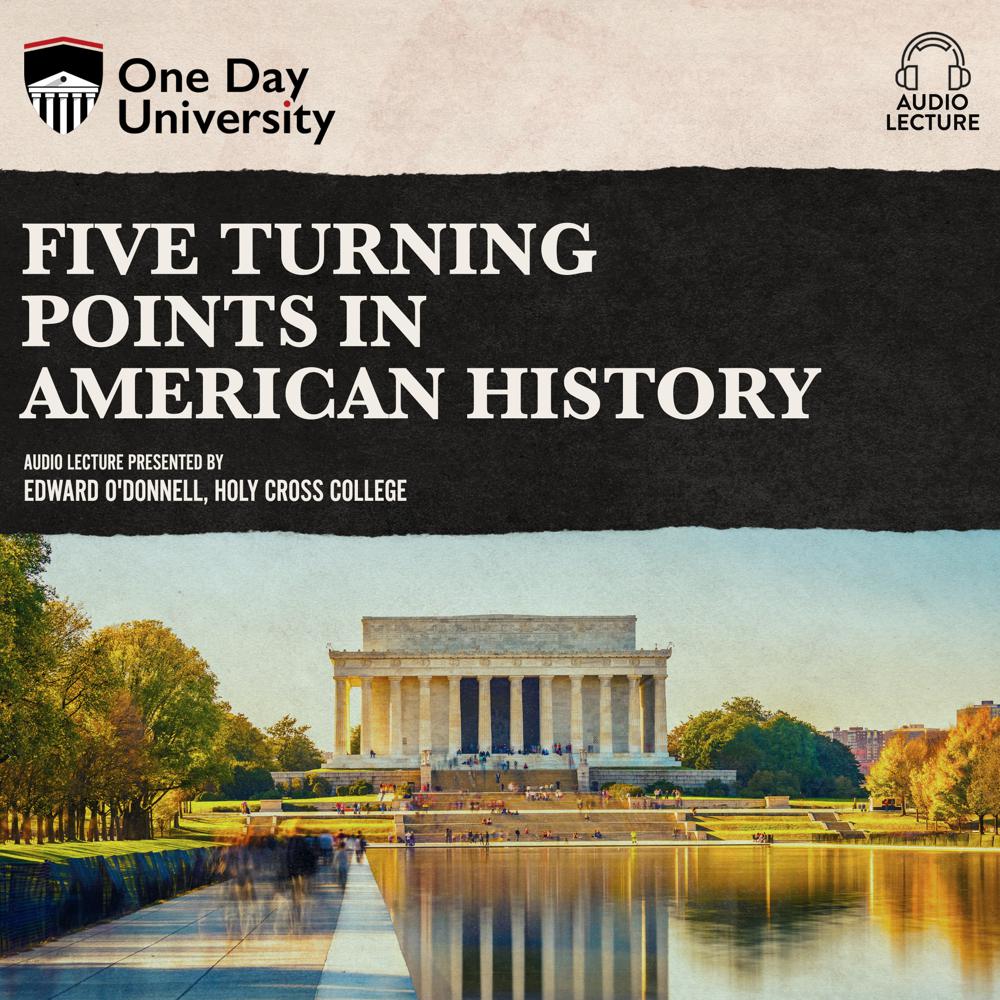 One Day University presents a series of audio lectures recorded in real-time from some of the top minds in the United States. Given by award-winning professors and experts in their field, these recorded lectures dive deep into the worlds of religion, government, literature, and social justice. In the relatively short history of the United States, there have been many turning points and landmark movements that irrevocably altered the direction of the nation and signaled the dramatic start of a new historical reality. Some took the form of groundbreaking political and philosophical concepts; some were dramatic military victories and defeats. Still, others were nationwide social and religious movements or technological and scientific innovations. What all of these turning points had in common, is that they forever changed the character of America. With commentary on the Civil War, Progressive reforms in foreign policy during the twentieth century, The Great Depression, the Second World War, and the Cold War, this look at key turning points will look at how these events and more conditions our current economy, society, and troublesome 2020 presidential election. Each of these historical turning points has important lessons to teach us about our future as a nation, and the precarious continuity of the American Dream. This audio lecture includes a supplemental PDF.