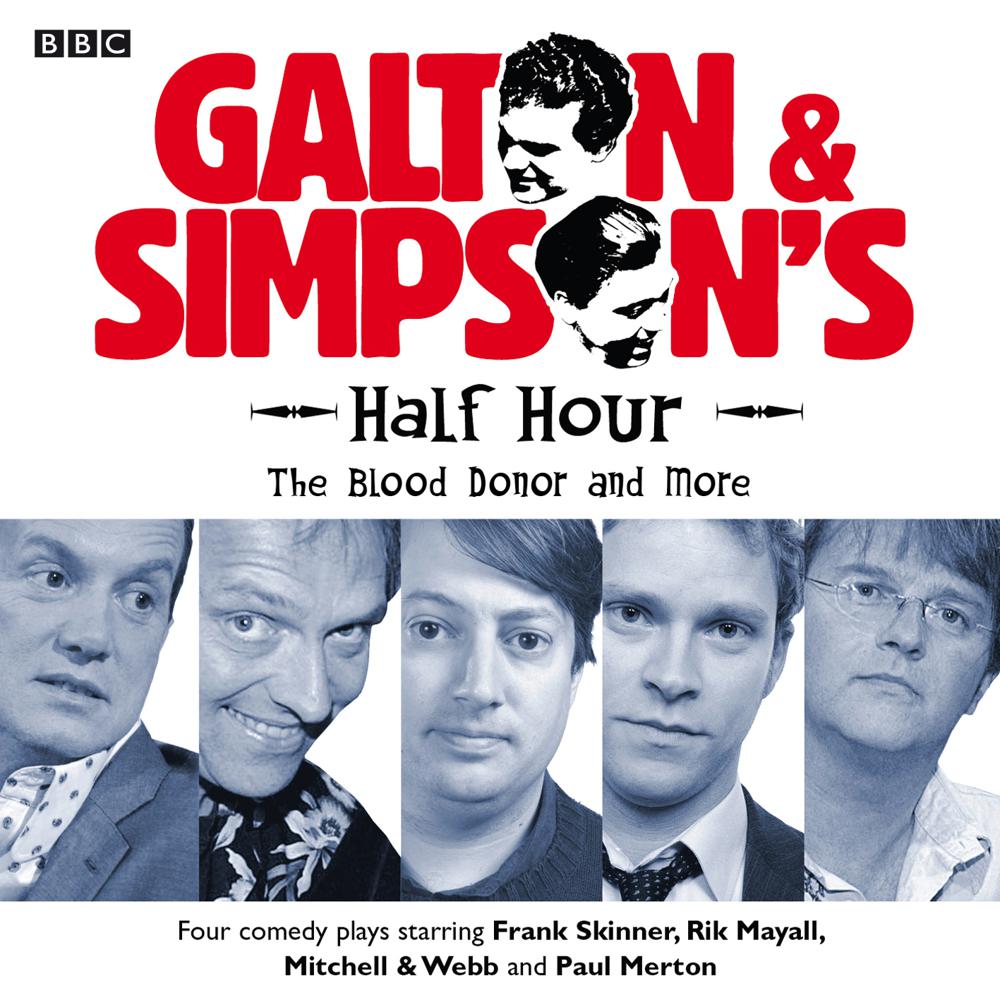 An all-star cast celebrates the 60th anniversary of the Galton & Simpson writing partnership in four new recordings of classic Comedy Playhouse scripts. Four brilliant comedy sitcoms – as first heard on BBC Radio – and introduced by Paul Merton. Frank Skinner stars in ‘You’ll Never Walk Alone’. Nothing will stop a true football fan from following his team when they reach the Cup Final, not even an eight-month pregnant wife. Mitchell & Webb star in ‘Impasse’. A narrow country lane has no room for two vehicles to pass. Two vehicles meet head on. But which one is going to back up? Rik Mayall and June Whitfield star in ‘I Tell You It’s Burt Reynolds’. Eric is so sure he’s seen Burt Reynolds that he’ll go to any lengths to prove it – even calling Hollywood. Paul Merton stars in ‘The Blood Donor’. Bunclarke does his duty and donates a pint of his rare and precious blood for his country. Little does he know just how rare it is. The original TV recording of ‘The Blood Donor’ starred Tony Hancock.