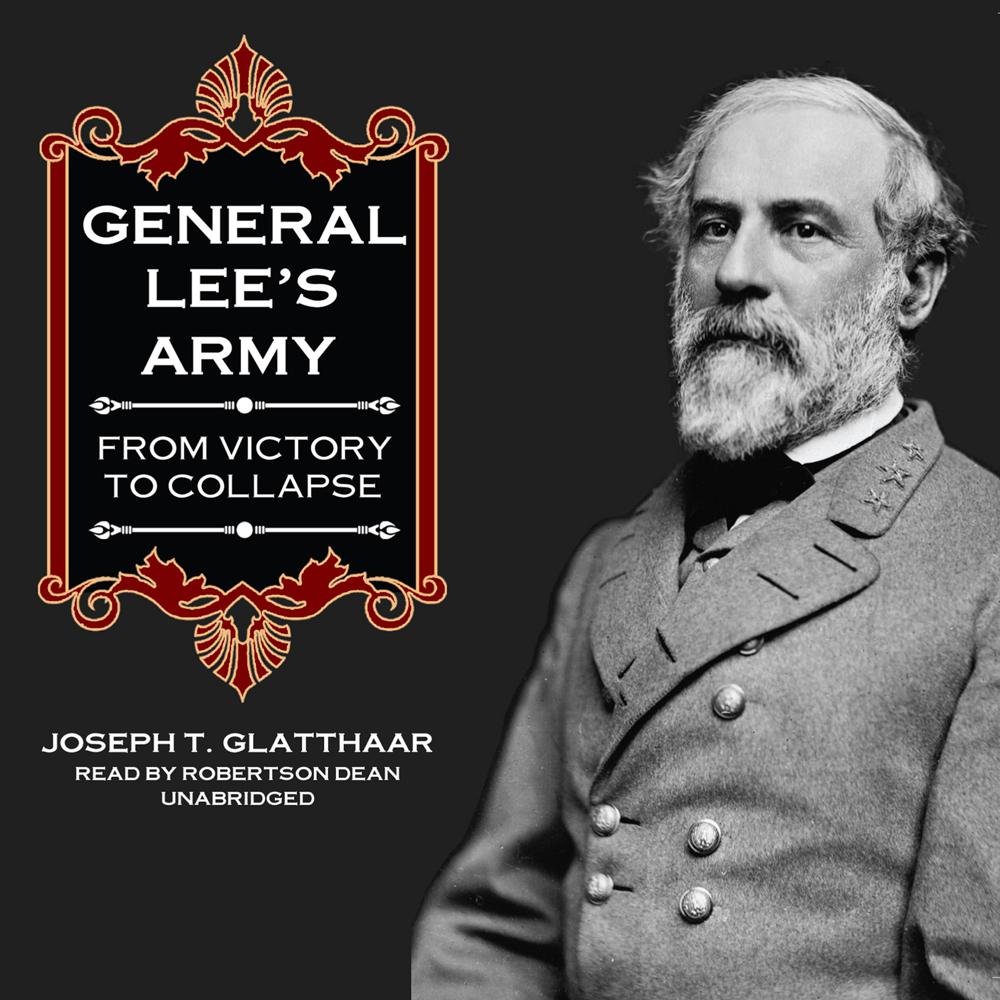 This sweeping history of the Civil War and the Confederacy is told through the lens of its most crucial army, the Army of Northern Virginia commanded by Robert E. Lee.

General Lee’s Army takes listeners across the Rebel landscape, from campfires to battlefields to their homes, as it portrays a world of life, death, healing, and hardship. Detailing the feelings and conduct of officers and enlisted men throughout the course of the war, it demonstrates how effectively Lee’s men served their country and just how close the South came to winning the great war between the states—and why it ultimately lost. Glatthaar investigates the South’s commitment to the war and its gradual erosion, and he analyzes Lee’s army in triumph and defeat. Fourteen years in the making, this scholarly tour de force upends much of the conventional wisdom about the Civil War.