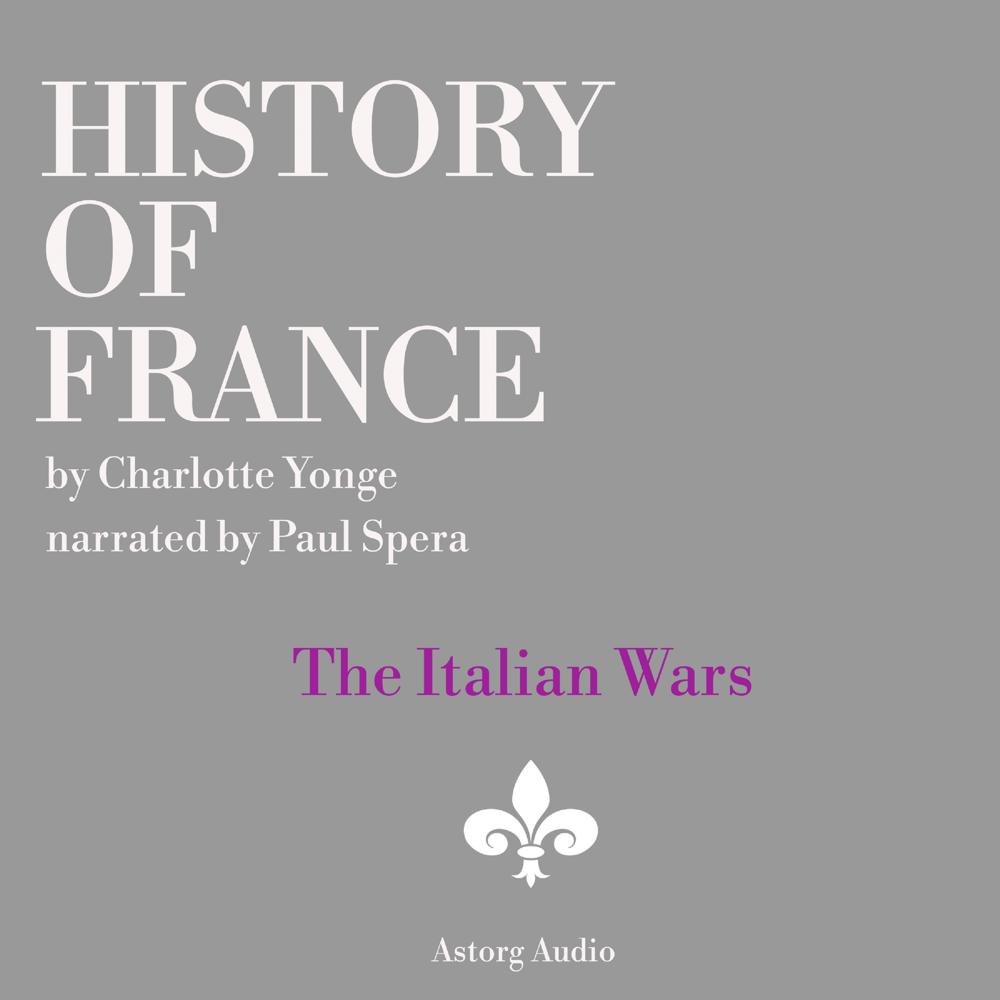 History of France – The Italian Wars

This chapter of France’s history is about The Italian Wars : Campaigns of Charles VIII (1493), the Campaign of Louis XII, The Holy League, the Campaigns of Francis I, Charles V, the Wars of Francis and Charles, Henry II .Charlotte Mary Yonge was an English novelist and historian. Yonge’s work was widely read and respected in the nineteenth century, and admired by many great writers like Lewis Carroll or George Eliot. She attached a lot of importance to the education of girls, and her work reflected the values and concerns of Anglo-Catholicism; she wrote many historical novels, for which she studied history in great detail. This audiobook, read by Paul Spera, is her retelling of the essential episodes that made France. Each historical event is replaced into context and presented in clear and easy-to-read snippets, so that younger and older readers can deepen their understanding of how modern France came to be and broaden their culture. This historical essays deals with France’s earlier kings, the hundred years’ war, the struggle with Burgundy, the Italian wars, the wars of religion, absolute monarchy, and the French Revolution.
–