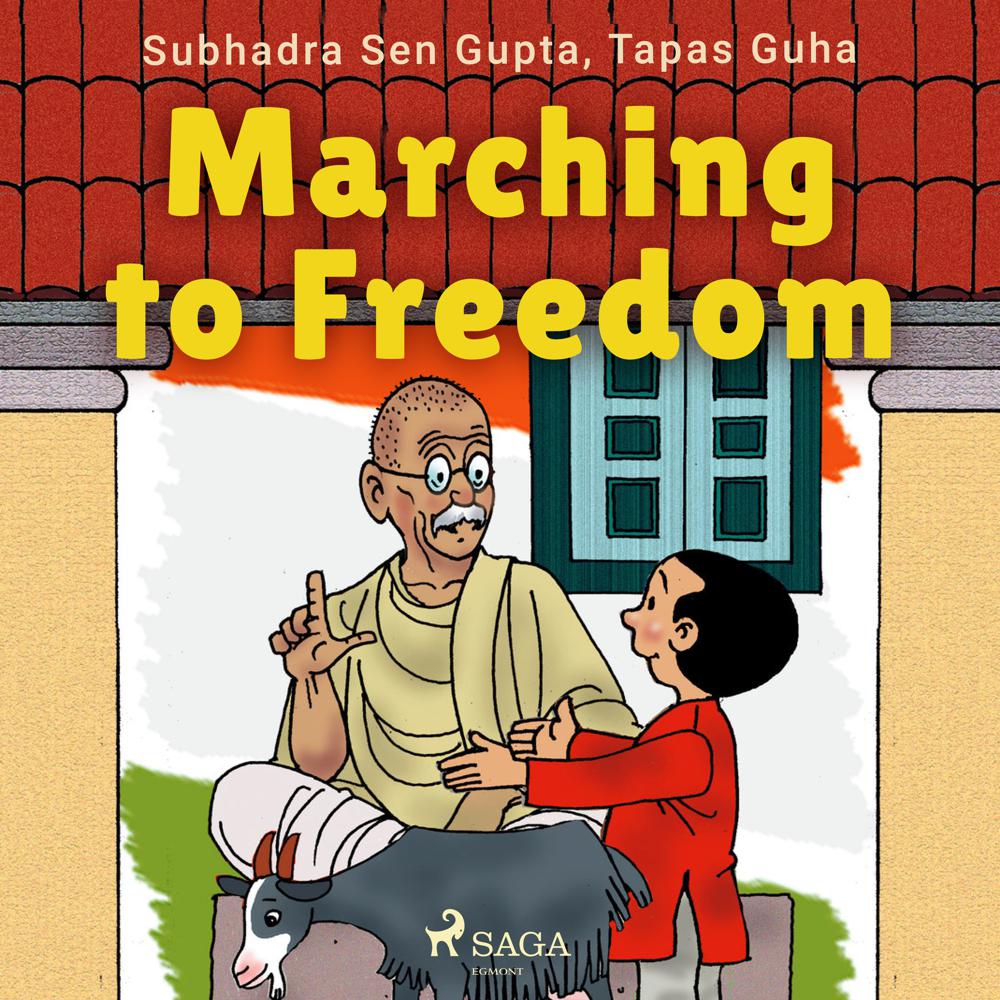 Mahatma Gandhi and his followers have decided to march to Dandi to protest against the unfair salt tax imposed by the British. 9-year-old Dhani who lives at the Sabarmati Ashram wants to go too. This tale captures the spirit behind the momentous event that inspired millions of Indians to join the struggle for Independence.

‘Marching to Freedom’ (English), written by Subhadra Sen Gupta, illustrated by Tapas Guha, published by Pratham Books (© Pratham Books, 2005) under a CC BY 4.0 license on StoryWeaver. Read, create and translate stories for free on www.storyweaver.org.in
–