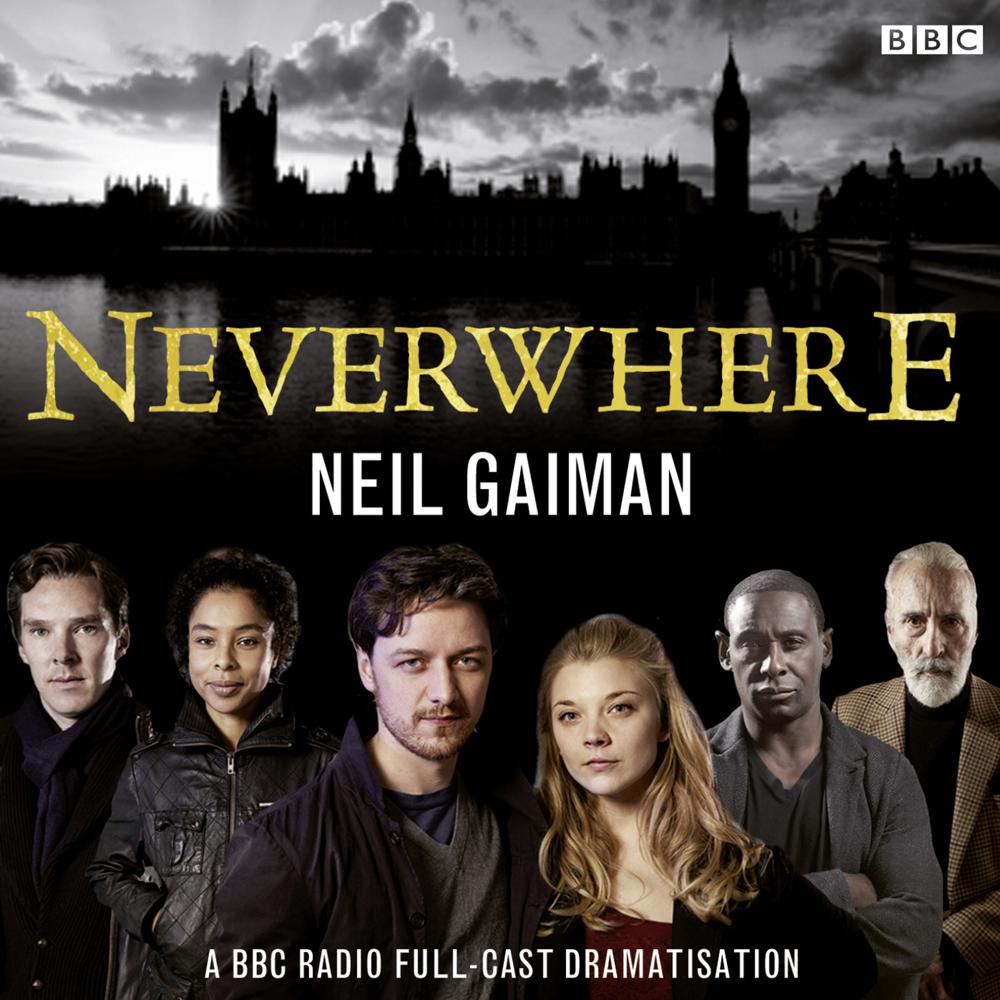 Beneath the streets of London there is another London. A subterranean labyrinth of sewers and abandoned tube stations. A somewhere that is Neverwhere… An act of kindness sees Richard Mayhew catapulted from his ordinary life into the strange world of London Below. There he meets the Earl of Earl’s Court, faces a life-threatening ordeal at the hands of the Black Friars, comes face to face with the Great Beast of London, and encounters an Angel. Called Islington. Accompanied by the mysterious Door and her companions, the Marquis de Carabas and the bodyguard Hunter, Richard embarks on an extraordinary quest to escape from the fiendish assassins Croup and Vandemar and to discover who ordered them to murder her family – all the while trying to get back to his old life in London Above. Adapted for radio by the award-winning Dirk Maggs, this captivating dramatisation features a stellar cast including David Harewood, Sophie Okonedo, Benedict Cumberbatch, Christopher Lee, Anthony Head and David Schofield. Contains over 25 minutes of additional unbroadcast material, including extended scenes, bloopers and outtakes.