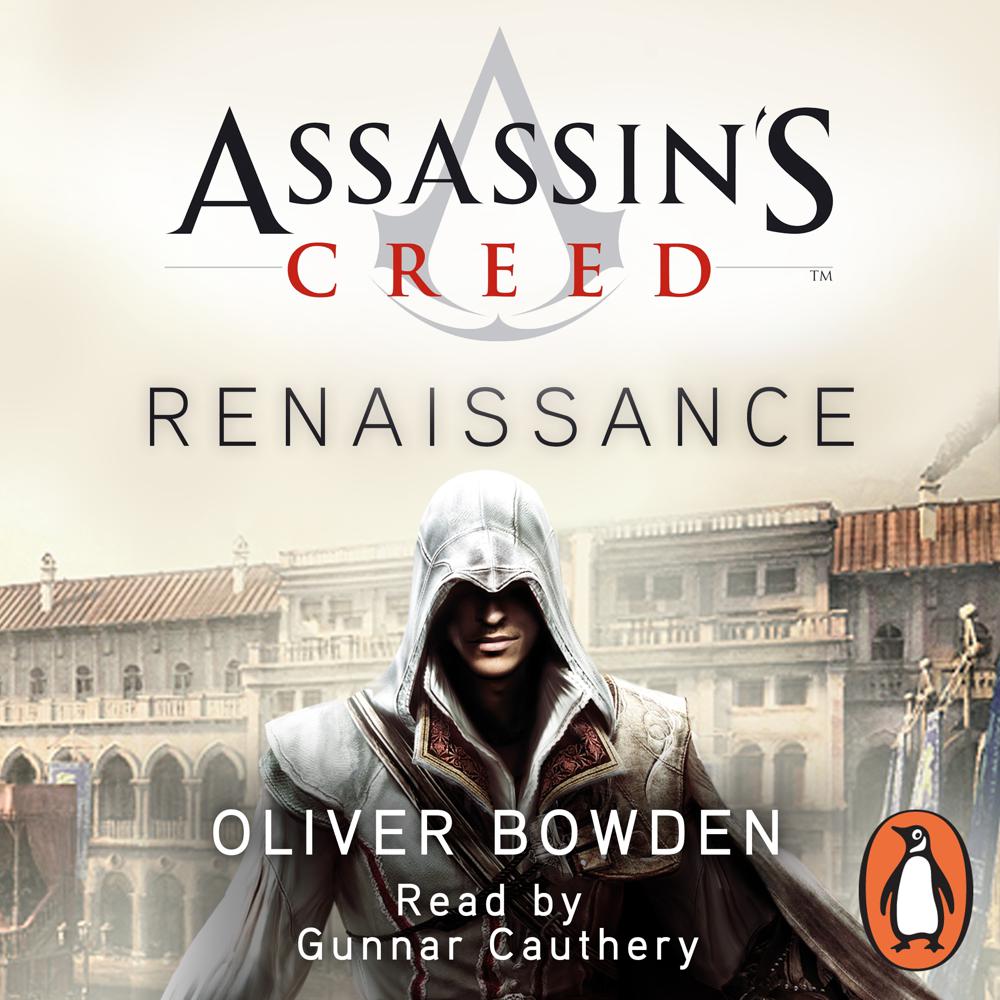 Penguin presents the unabridged, downloadable audiobook edition of Assassin’s Creed: Brotherhood, a new novelisation based on one of the biggest gaming-media franchises in the world. read by the actor Gunnar Cauthery.

‘I will seek Vengeance upon those who betrayed my family. I am Ezio Auditore da Firenze. I am an Assassin…’

Betrayed by the ruling families of Italy, a young man embarks upon an epic quest for vengeance. To eradicate corruption and restore his family’s honour, he will learn the art of the assassins.

Along the way, Ezio will call upon the wisdom of such great minds as Leonardo Da Vinci and Niccolo Machiavelli – knowing that survival is bound to the skills by which he must live.

So begins an epic story of power, revenge and conspiracy.

TRUTH WILL BE WRITTEN IN BLOOD