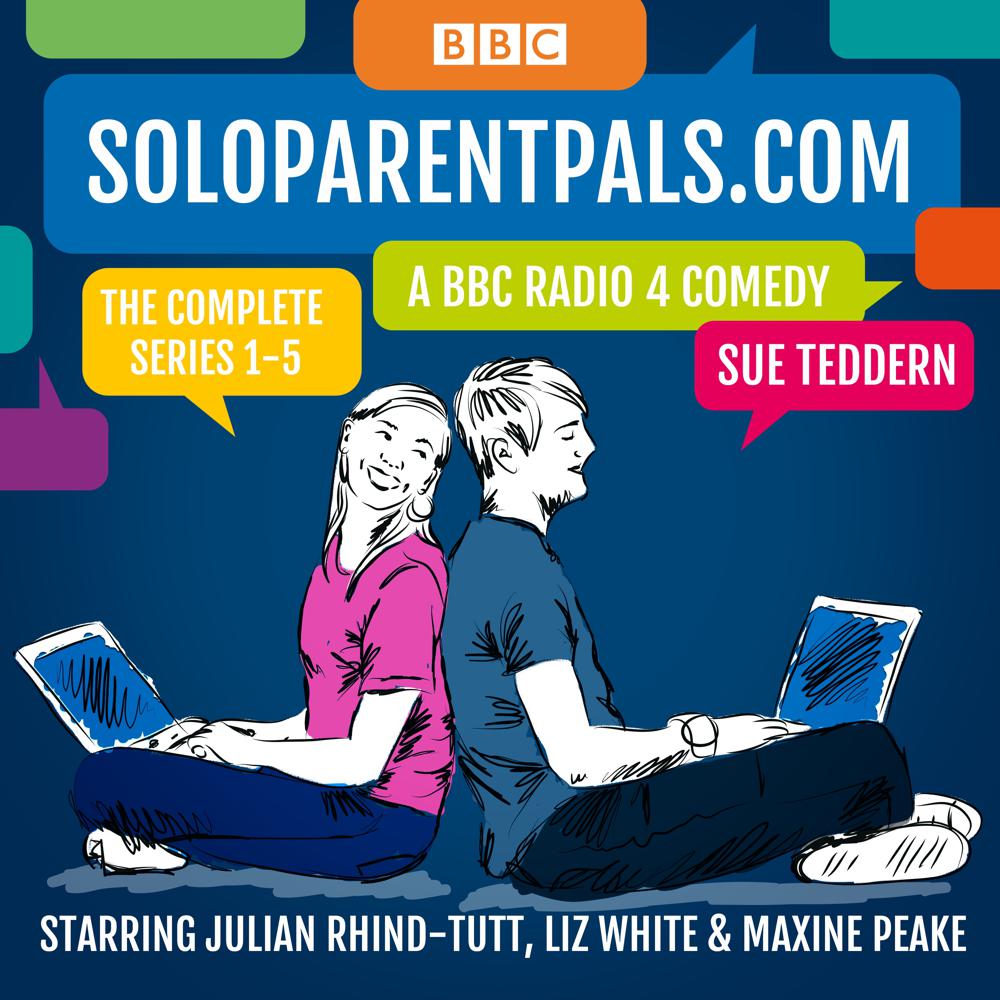 Tom and Rosie are solo parents living 250 miles apart. Both recently divorced, bruised and lonely, they’re looking for a cyber pal who understands what they’re going through. So when they log on to a parenting advice website, they make an instant, sparky connection. Gradually, their online friendship becomes something more, and a ‘will they/won’t they’ relationship develops via emails, text, phone calls and the SPP forum.

Following a succession of twists and turns, mistiming’s and misunderstandings, they finally meet – only for things get even more complicated. But fortunately, new chatroom buddies and confidants Baz, Tash, Gilly, Scott and Barb are there to provide advice and a shoulder to cry on – as well as chipping in with the latest news on their own tangled love lives…

Written by Sue Teddern, whose credits include Birds of a Feather and My Family, this hit sitcom first aired in the Woman’s Hour drama slot under the title Singleparentpals.com, and went on to run for five successful series between 2009 and 2014. Funny, moving and involving, it will strike a chord with single parents everywhere. Maxine Peake and Liz White star as Rosie, with Kris Marshall and Julian Rhind-Tutt as Tom.