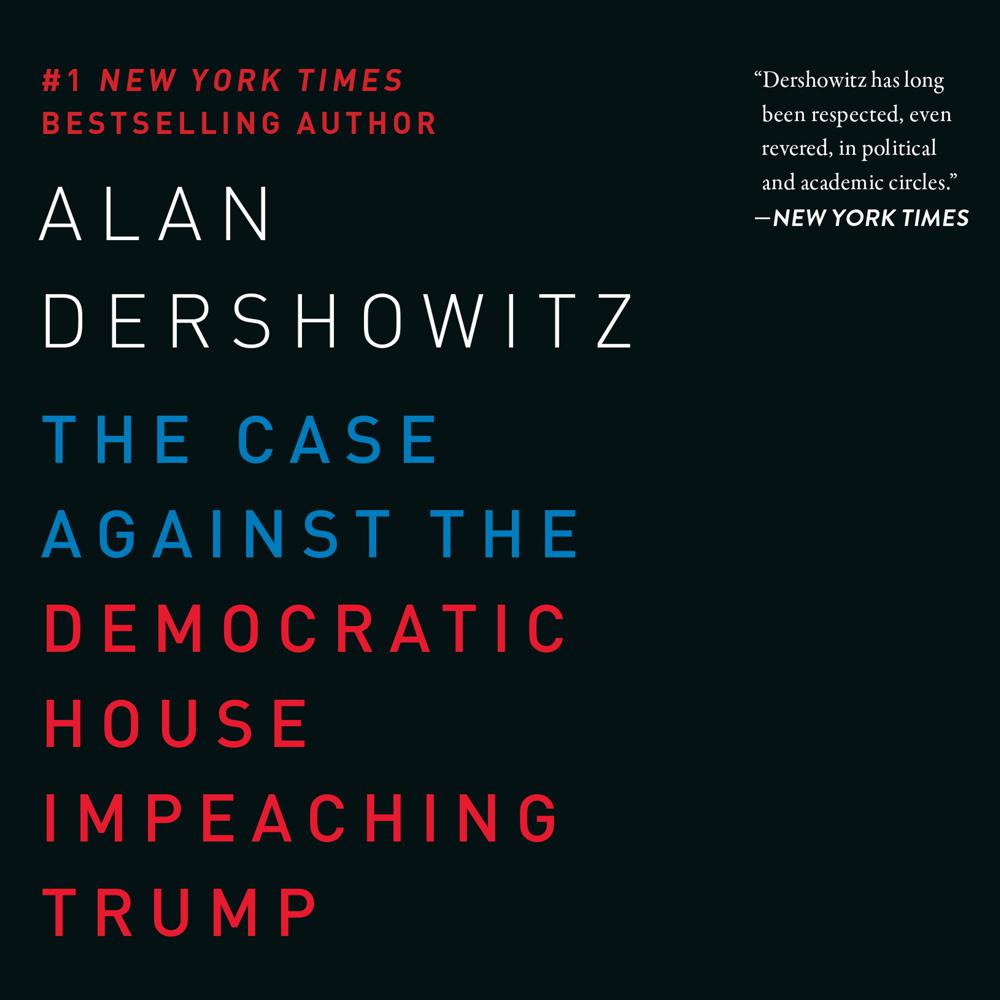 The Case Against the Democratic House Impeaching Trump

In the 2018 New York Times bestseller The Case Against Impeaching Trump, Alan Dershowitz lamented how American political discourse has devolved into hypocrisy and the criminalization of political differences in the rush to impeach President Donald Trump. Arguments to impeach Trump failed Dershowitz’s “shoe on the other foot test,” or his political golden rule: Democrats must do unto Republicans what they would have Republicans do unto them, and vice versa. Since then, we’ve only become more divided?and the impeachment power wielded by the new Democratic majority in the House of Representative threatens to further polarize the country. The Case Against the Democratic House Impeaching Trump includes and expands upon Dershowitz’s 2018 book. It puts recent political events?including the hyper-partisan Kavanaugh hearings, the unrestrained power of the Mueller investigation, and the generally intolerant current political discourse?into context. American democracy, Dershowitz argues, is suffering from political hypocrisy. And two years of impeachment proceedings brought by the House?and the media circus that would undoubtedly surround them?is clearly not the answer. This book is Dershowitz’s plea for honest dialogue?for arguments that would be made even if the shoe was on the other foot.