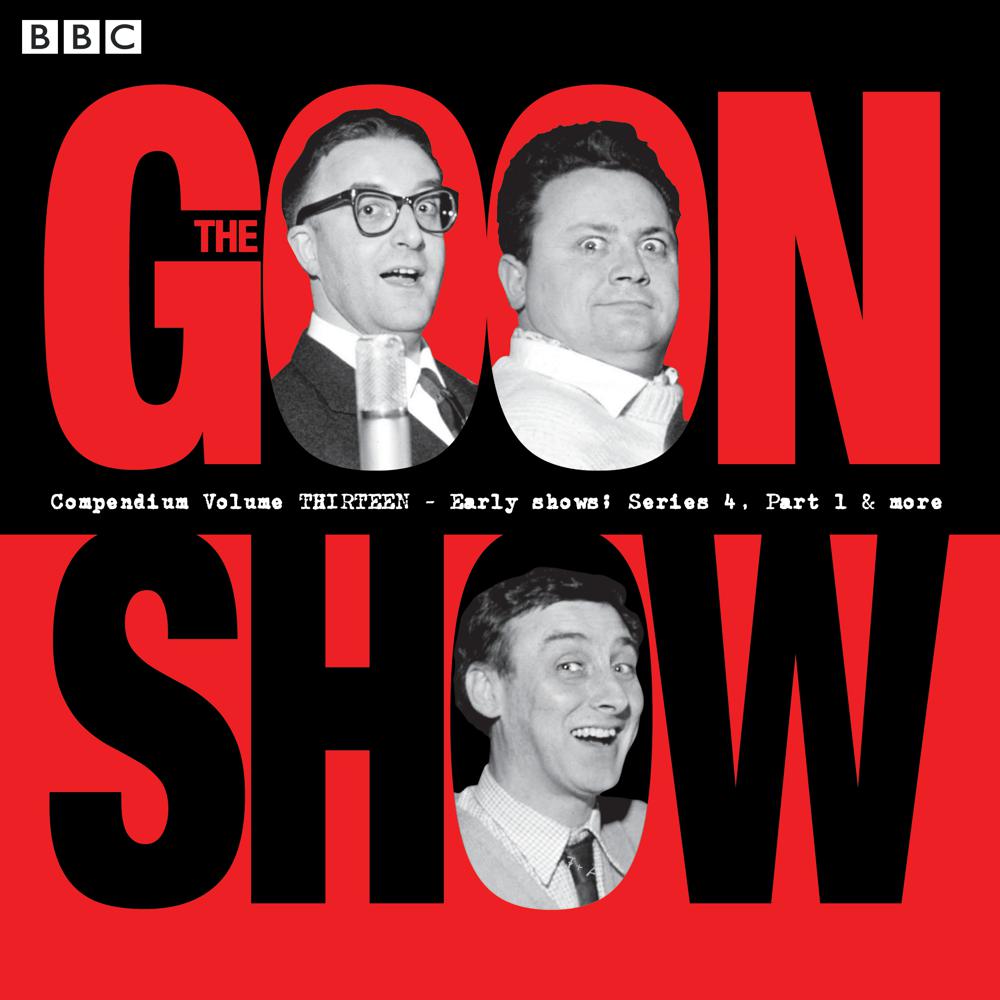 Spike Milligan, Harry Secombe and Peter Sellers star in 7 early episodes of The Goon Show, plus a plethora of bonus features.

This 13th collection turns the clock back to the 1950s and the series’ earliest surviving recordings. The episodes included are ‘Harry Secombe Tracks Lo-Hing Ding’, ‘Handsome Harry Hunts for The Lost Drummer’, ‘The Failures of Handsome Harry Secombe’, ‘The Mystery of the Monkey’s Paw’, ‘The Man Who Tried to Destroy London’s Monuments’, ‘The Ghastly Experiments of Dr Hans Eidelburger’, and ‘The Missing Prime Minister’. Also featured are surviving extracts from ‘The Search for the Bearded Vulture’ and ‘The Giant Bombardon’. A host of bonus features are included in the collection, including the 1991 programme ‘At Last The Go On Show’, ‘Goon Again’ and ‘Just Before Goonrise’ from 2001, ‘Laughter in the Air’ from 1979, ‘Spike at 80’ from 1998, various extracts from Desert Island Discs, and much more.

A PDF booklet tells the story of the show’s development with reference to original archive paperwork, plus the history of the recordings.

Remastered using newly sourced material and the latest technology to give the best possible sound quality, these recordings are sure to appeal to all collectors of The Goon Show.