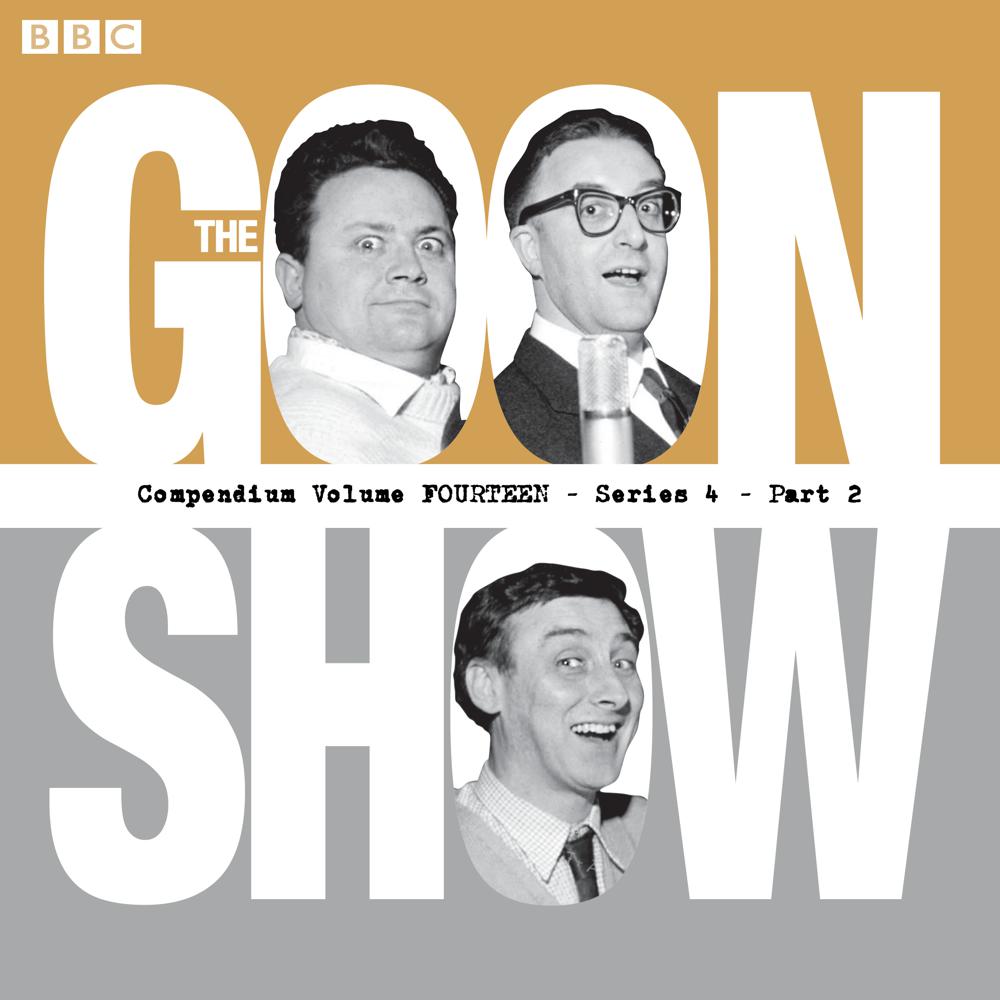 Spike Milligan, Harry Secombe and Peter Sellers star in ten classic episodes of The Goon Show, plus a host of bonus features.

Immensely popular and hugely influential, The Goon Show changed the face of British comedy. This fourteenth and final collection returns to the programme’s fourth series and includes the episodes ‘The History of Communications’, ‘The Kippered Herring Gang’, ‘The Tooth-Paste Expedition’, ‘The Case of the Vanishing Room’, ‘The Greatest Mountain in the World’, ‘Collapse of the British Railways Sandwich System’, ‘The Case of Agent X2 (aka The Silent Bugler)’, ‘The Story of Brain [sic] (aka Western Story)’, ‘The Saga of the Internal Mountain’ and ‘Bank of England Robbery’.

Also included is the special satirical show The Starlings, recorded without an audience or orchestra, plus radio programmes including Vivat Milligna!, Growing Up with the Goons and Radio Fun: The Story of Radio Comedy Part 7. Documentary extracts include items from Kaleidoscope and Dad Made Me Laugh, as well as ‘The Disconnected Thoughts of Chairman Spike’, featuring unused interview material from At Last the Go On Show.

Remastered using new material and the latest technology to give the best possible sound quality, these recordings are sure to appeal to all collectors of The Goon Show.