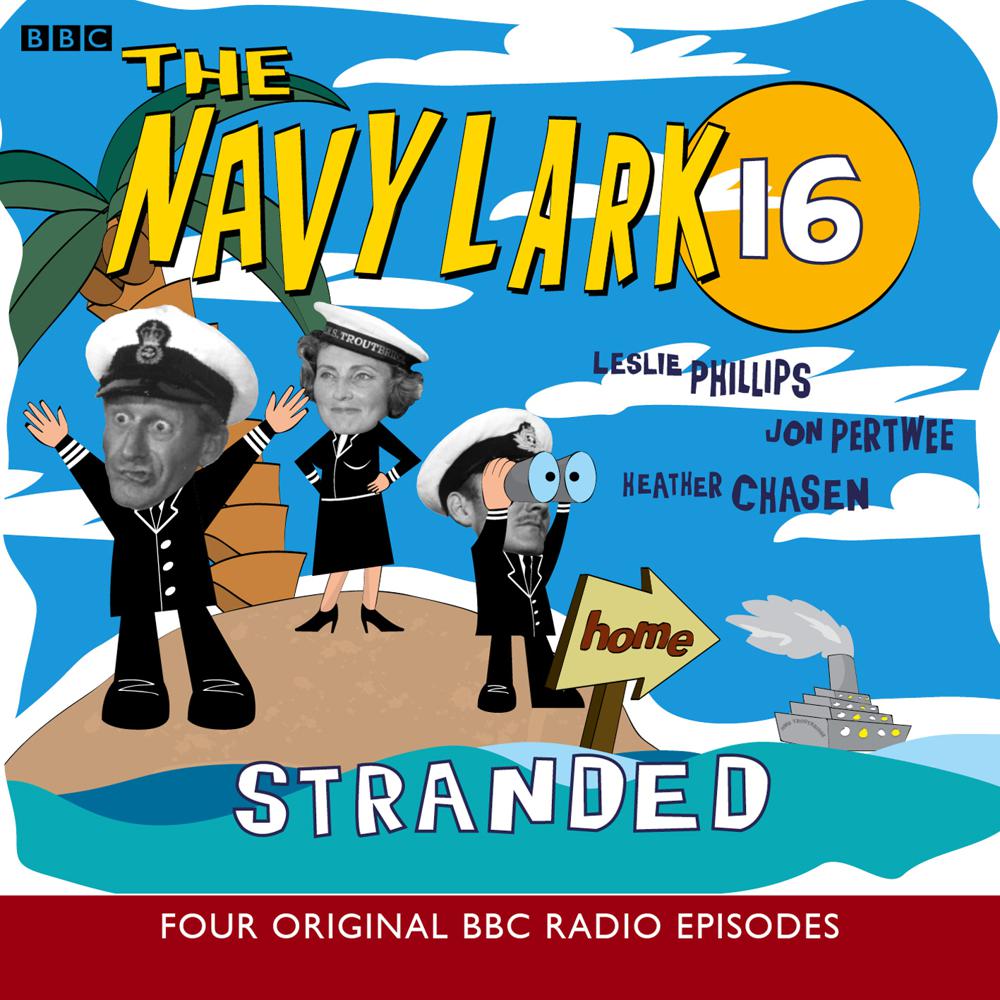 One of radio’s longest-running comedy programmes, The Navy Lark kept the nation laughing on the crest of a wave from 1959 to 1977. All at sea in the Senior Service were Stephen Murray’s ‘Number One’, Chief Petty Officer Jon Pertwee and silly-ass Sub-Lieutenant Leslie Phillips. So climb aboard and join the merry crew in these four classic capers as Troutbridge becomes overrun by civilians, Pertwee gets into the Admiral’s good books (with the help of a hip flask), Phillips finds himself in a fluster as a sandbank approaches and, with the dockyard being placed under a cloak of security, it appears that nobody can get in – or out… The episodes are: ‘The Squatters’ (28 December 1969), ‘The Promotion Ladder’ (11 January 1970), ‘Stranded’ (18 January 1970) and ‘The Security Clampdown’ (22 February 1970).