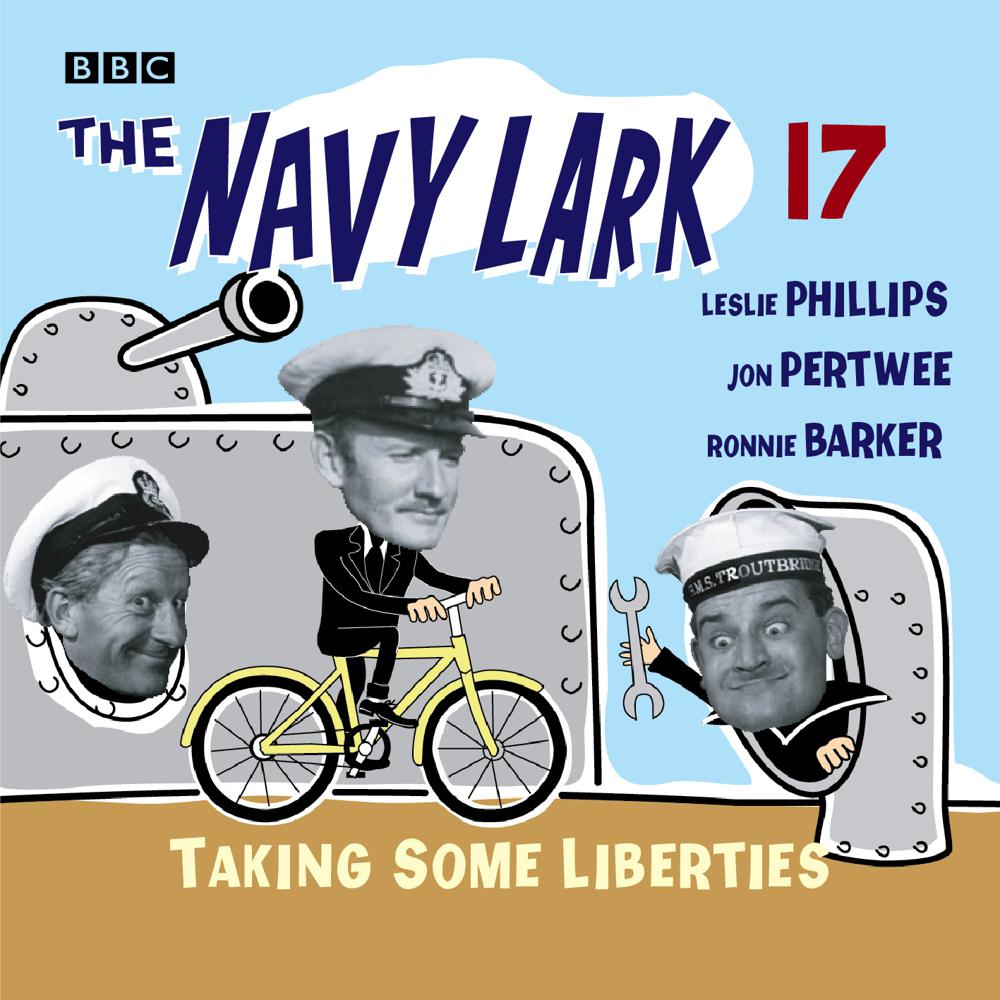 The Navy Lark, one of radio’s longest-running laughter-makers, kept the nation on the crest of a wave from 1959 to 1977. All at sea in the Senior Service were conniving Chief Petty Officer Jon Pertwee, silly-ass Sub-Lieutenant Leslie Phillips, and the constantly bemused Stephen Murray as ‘Number One’. Tenniel Evans was making mischief as Leading Seaman Taffy Goldstein. Jump on deck and join them once more in this special collection featuring Ronnie Barker as Engineer Queeg, a man always out of his depth. In these classic capers, Leslie buys a bicycle, Troutbridge sails to France carrying the Prime Minister’s advisor, Goldstein schemes to get the CPO’s job, and the ship suffers a mysterious mechanical breakdown when Pertwee decides its next mission is doomed. The episodes are: ‘Taking Some Liberties’ (11 July 1965); ‘The PM Papa’ (13 November 1966); ‘Getting Rid of Pertwee’ (20 November 1966) and ‘Off to Sea at Last’ (27 November 1966).