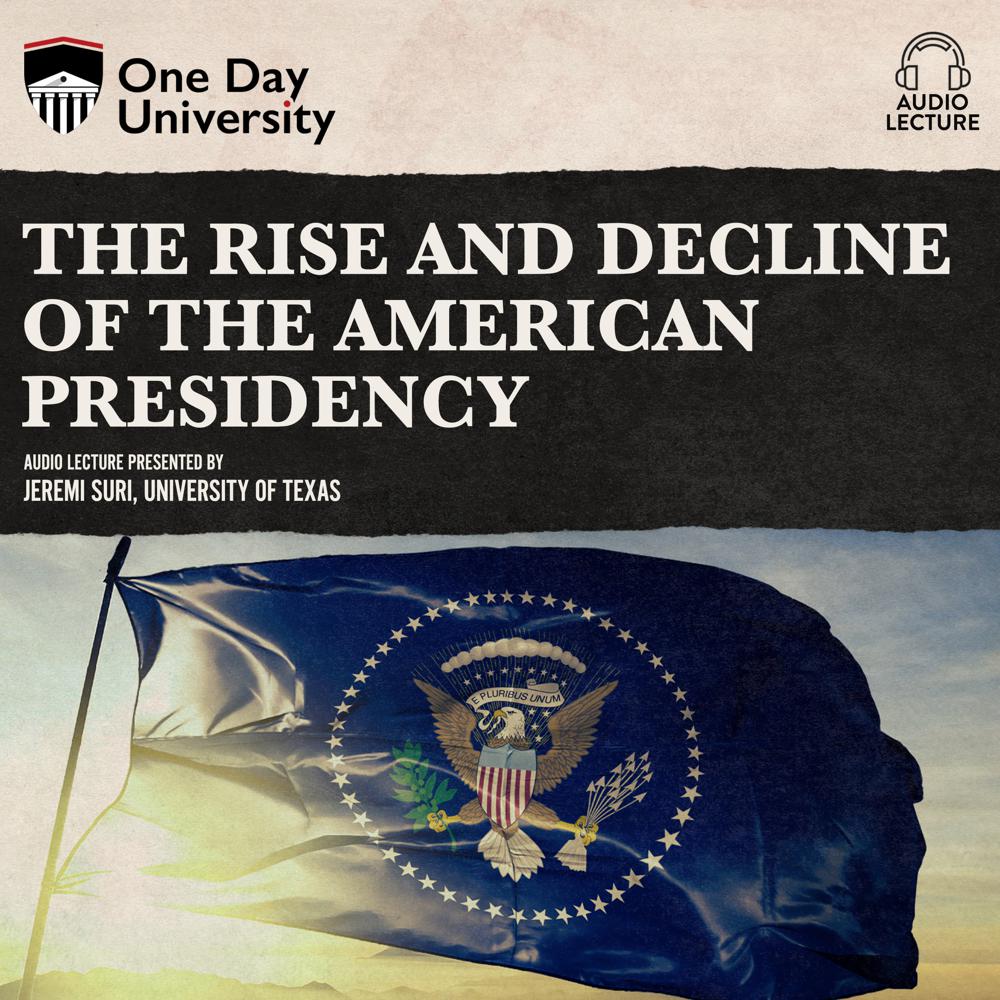 The Rise and Decline of the American Presidency

One Day University presents a series of audio lectures recorded in real-time from some of the top minds in the United States. Given by award-winning professors and experts in their field, these recorded lectures dive deep into the worlds of religion, government, literature, and social justice. The American presidency is the most powerful political office in the world. Surprisingly, most contemporary presidents have found themselves severely constrained in their ability to pursue their chosen agendas for domestic and foreign policy change. This lecture will explain why, focusing on the nature of government bureaucracy, the range of American challenges and commitments, and the development of the modern media. We will begin with the founding vision of the U.S. presidency and the actions of its first occupant, George Washington. Then, we’ll examine the presidencies of Abraham Lincoln, Franklin Roosevelt, and the most recent office-holders. We will focus on how the power of the presidency has changed over time and what that has meant for American society. The lecture will close with reflections on how we can improve presidential leadership in future years.