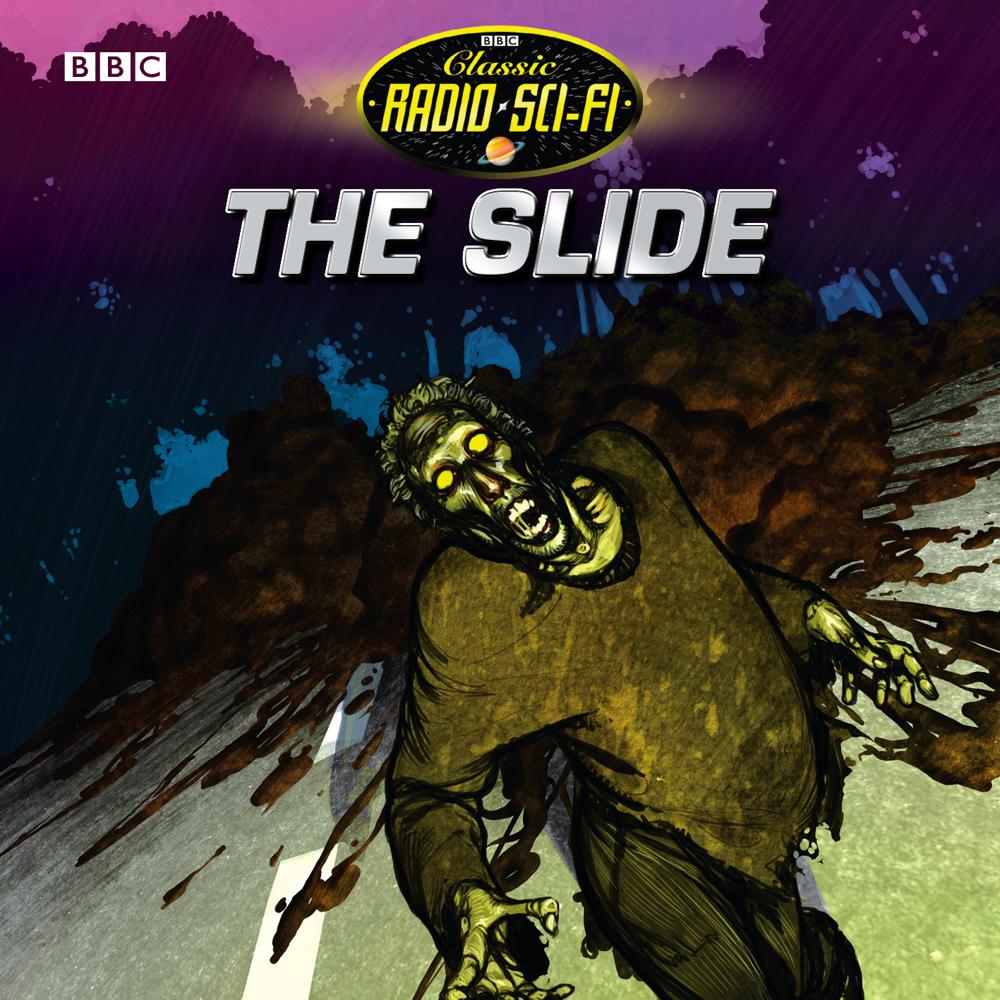 ‘Listen! Quiet! Everybody stand still for a minute. There’s something. Can’t you hear it?’ During an abnormal heatwave in March, the air becomes thick and dull. Nothing moves – you can almost hear the silence. Something was bound to happen… Redlow, a new town in Kent, was the dream of self-made man, Hugh Deverill, MP. At a crowded and restless town meeting, Janet Marshall faints due to the stifling atmosphere. She is helped by her friend Dr Ken Richards – just as a sudden earthquake tears the room apart. A long, deep crack in a road is discovered nearby, and powerful tremors are felt along the South Coast. When torrents of seething mud start emerging from the fissure, scientist Josef Gomez is called in: the mud contains a special organism that can control people’s minds. And it can kill. Declared a disaster area, Redlow becomes a state of emergency. Then other fissures appear… Long absent from the BBC archives, this digitally remastered recording of The Slide features Roger Delgado, who went on to play The Master in Doctor Who.