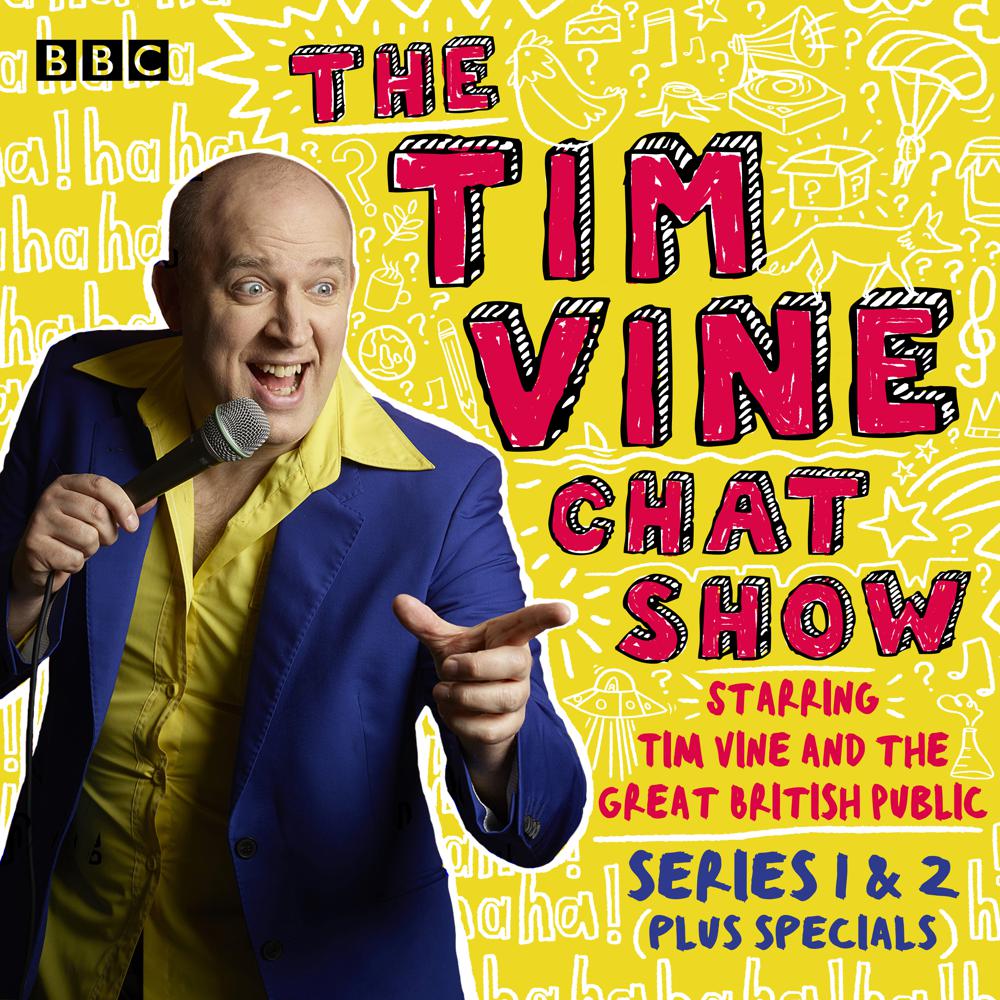 Tim Vine and the Great British public are the stars of this side-splitting radio chat show, featuring his trademark wonderful wordplay, quickfire gags and silly songs

Internationally acclaimed master of the one-liner Tim Vine travels the length and breadth of Britain on a quest to hear the funny, strange and surprising life stories of his live audience – while simultaneously taking the opportunity to showcase his world-famous jokes and preposterous songs.

In these two sparkling series, he is confronted with a death-defying parachutist, a guest with an interesting technique for warding off foxes, an office worker who was inadvertently responsible for half of Welwyn Garden City being closed to the public and a man undergoing some unusual physiotherapy. Plus, there’s an encounter with an anaconda, a quiz about trifle, an impromptu laughter yoga workshop, at least two jokes about chickens and musical entertainment ranging from an imaginary country song to a maritime sing-a-long.

Also included are two ‘SummerTim Specials’, recorded at Cromer Pier and the Edinburgh Festival, and three festive special episodes complete with a sackful of Yuletide jokes, alternative traditional songs and fiendishly silly seasonal games – as well as a former air hostess from the land of Santa Claus and a budding Widow Twanky…