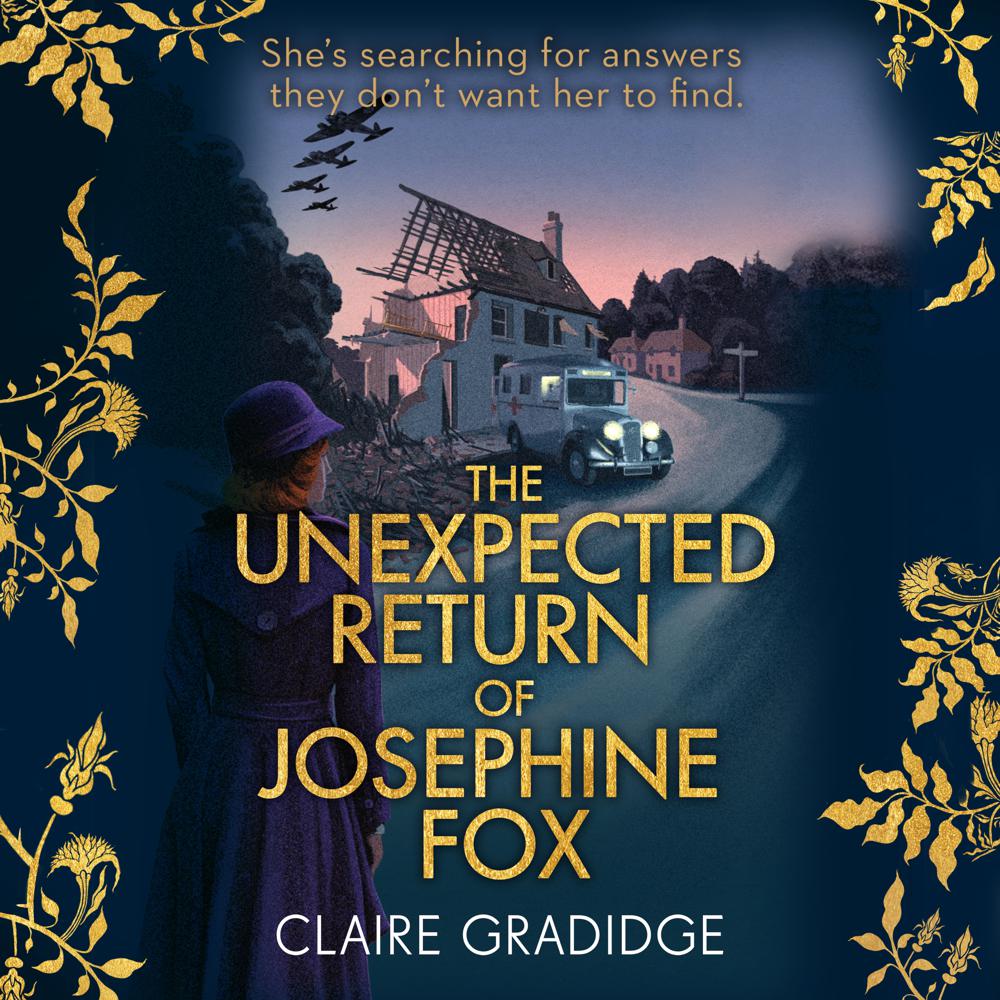 The Unexpected Return of Josephine Fox

WINNER OF THE RICHARD & JUDY SEARCH FOR A BESTSELLER COMPETITION

The perfect read for fans of Sunday night drama. Foyle’s War meets The Mitford Murders in this deliciously dark tale of wartime family secrets and lies in small town England.

Josephine ‘Jo’ Fox hasn’t set foot in Romsey in over twenty years. As an illegitimate child, her family – headed by her controlling grandfather – found her an embarrassment. Now, she wants to return to what was once her home and uncover the secret of her parentage. Who was her father and why would her mother never talk about him?

Jo arrives the day after the Luftwaffe have bombed the town. The local pub, The Cricketers’ Arms, has been completely destroyed and rescue teams are searching for the remains of the seven people known to have been in the pub at the time the bomb hit. They are shocked, however, to uncover eight bodies, not seven. The eighth, unidentified, body is that of a teenage girl, who no one in the town claims to know. Who is she, how did she get there, but most importantly – who killed her?

Teaming up with local coroner and old friend, Bram Nash, Jo sets out to establish the identity of the girl and solve the riddle of her death. In doing so, she also uncovers her own personal mystery.

Everyone has secrets – some are just more deadly than others . . .