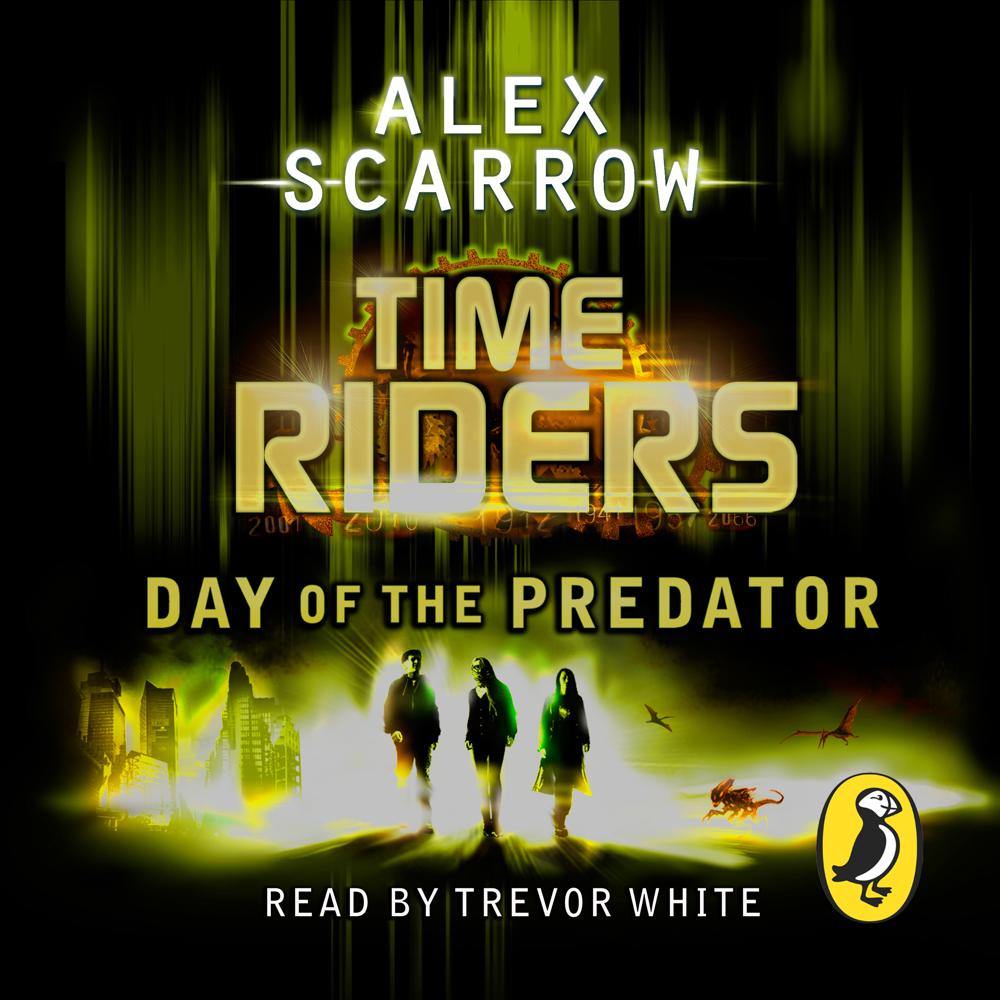 TimeRiders: Day of the Predator (Book 2)

Penguin presents the unabridged, downloadable audiobook edition of TimeRiders: Day of the Predator, the second book in the TimeRiders series, read by Trevor White.

But all three have been given a second chance – to work for an agency that no-one knows exists. Its purpose – to prevent time travel destroying history . . .

When Maddy mistakenly opens a time window where and when she shouldn’t have, Liam is marooned sixty-five million years ago in the hunting ground of a deadly – and until now – undiscovered species of predator.

Can Liam make contact with Maddy and Sal before he’s torn to pieces by dinosaurs – and without endangering history so much that the world is overtaken by a terrifying new reality?