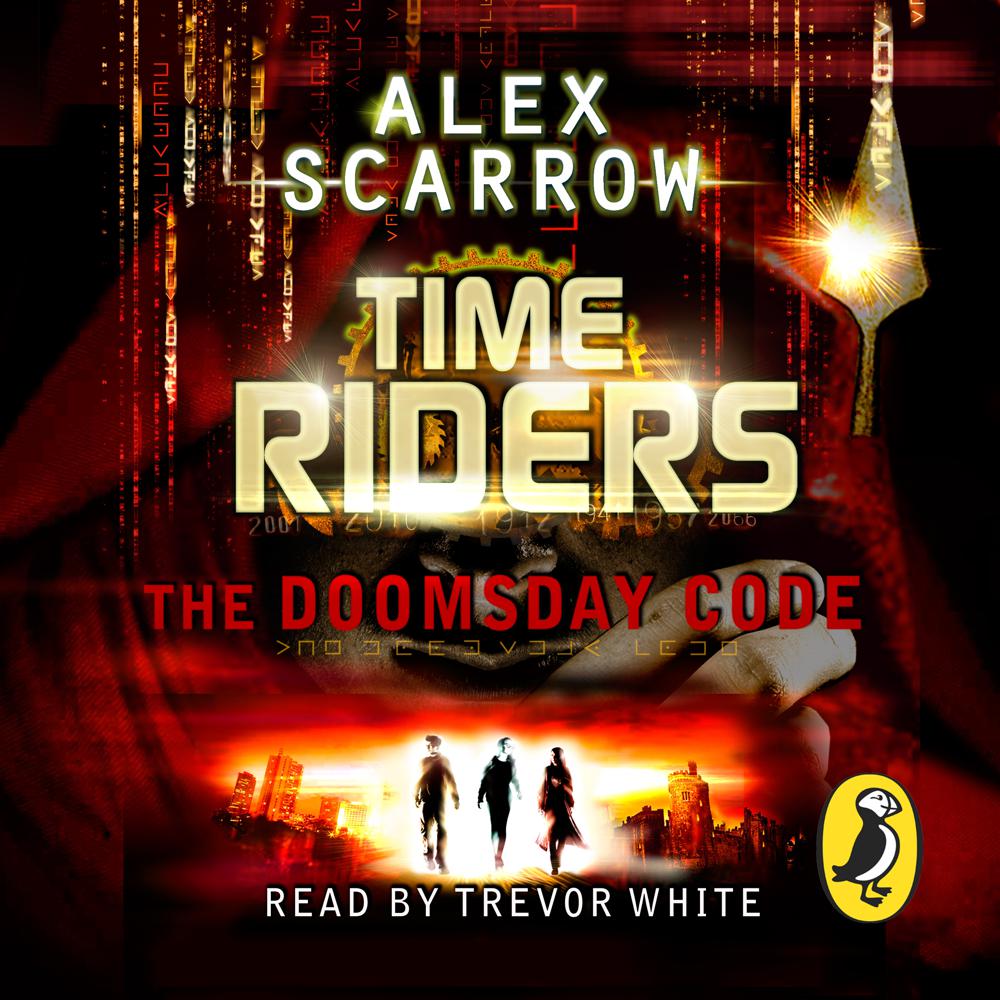 Penguin presents the unabridged, downloadable audiobook edition of TimeRiders: The Doomsday Code, the third book in the TimeRiders series, read by Trevor White.

But all three have been given a second chance – to work for an agency that no one knows exists.
Its purpose: to prevent time travel destroying history . . .

In 1993 British computer hacker Adam Lewis finds his name in a coded manuscript that is almost one thousand years old. How did Adam’s name get in there . . . and why?

Confronted by Adam in 2001, the TimeRiders travel back to Sherwood Forest in 1193 to discover the origins of the ancient message. But when a strange hooded man appears interested in the same thing, they begin to wonder what terrible threat this cryptic link from the past holds for the future . . .