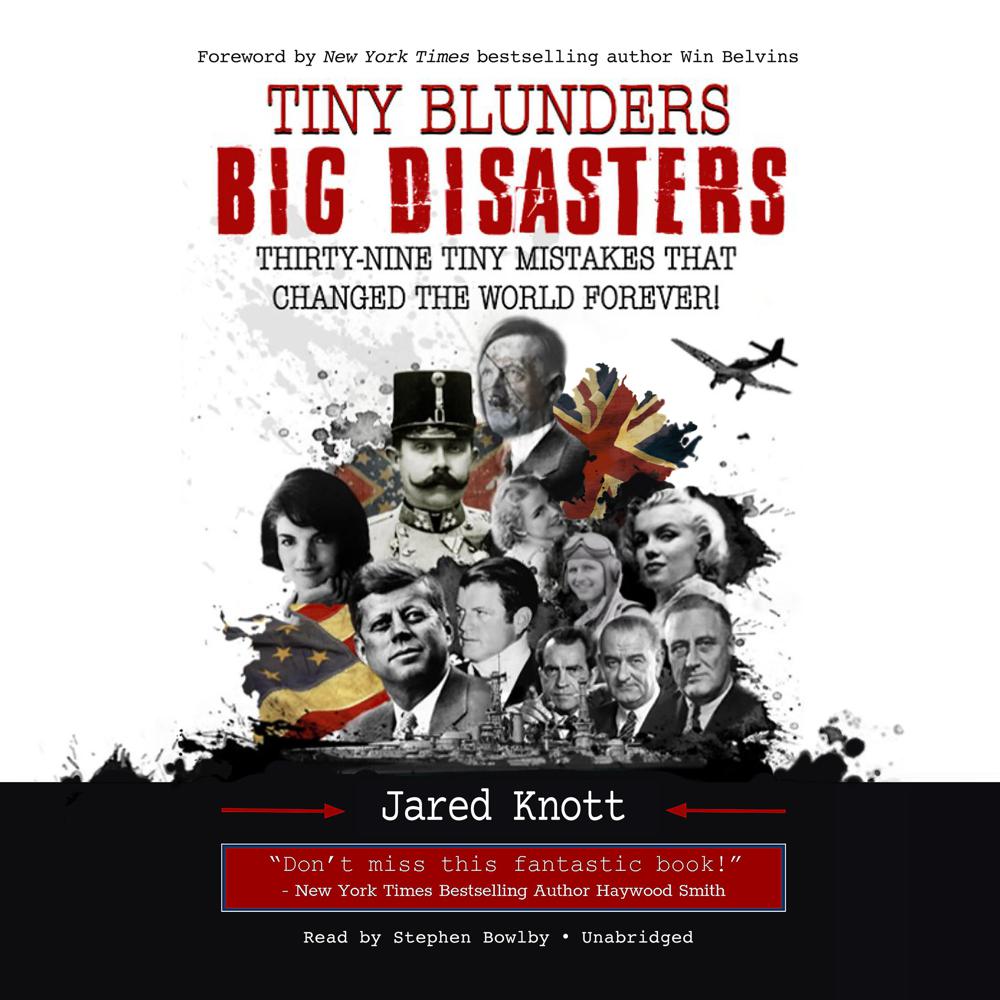 The small things that had great historical consequences …

How often does a single tiny mistake cause an entire civilization to collapse? More often than you think! Listeners of Jared Knott’s book Tiny Blunders/Big Disasters will be amazed at the little things that changed history in a big way. Here are a few examples:

A single document poorly designed by one single clerk in one single county changed the outcome of a presidential election and led directly to a major war.

A soldier accidentally kicked a helmet off of the top of a wall and caused an empire to collapse.

A small mechanical device several inches long failed to function, which changed the outcome of WWII and led to the deaths of millions of people.

A man failed to gather his army in time to defend against an attack because of the temptation of opium and a young slave woman.

Hypnotic and addictive, these well-researched, factual stories will keep you listening far past your bedtime. Showing human weakness at its very worst in critical moments, this book is the “butterfly effect” in human history reviewed.