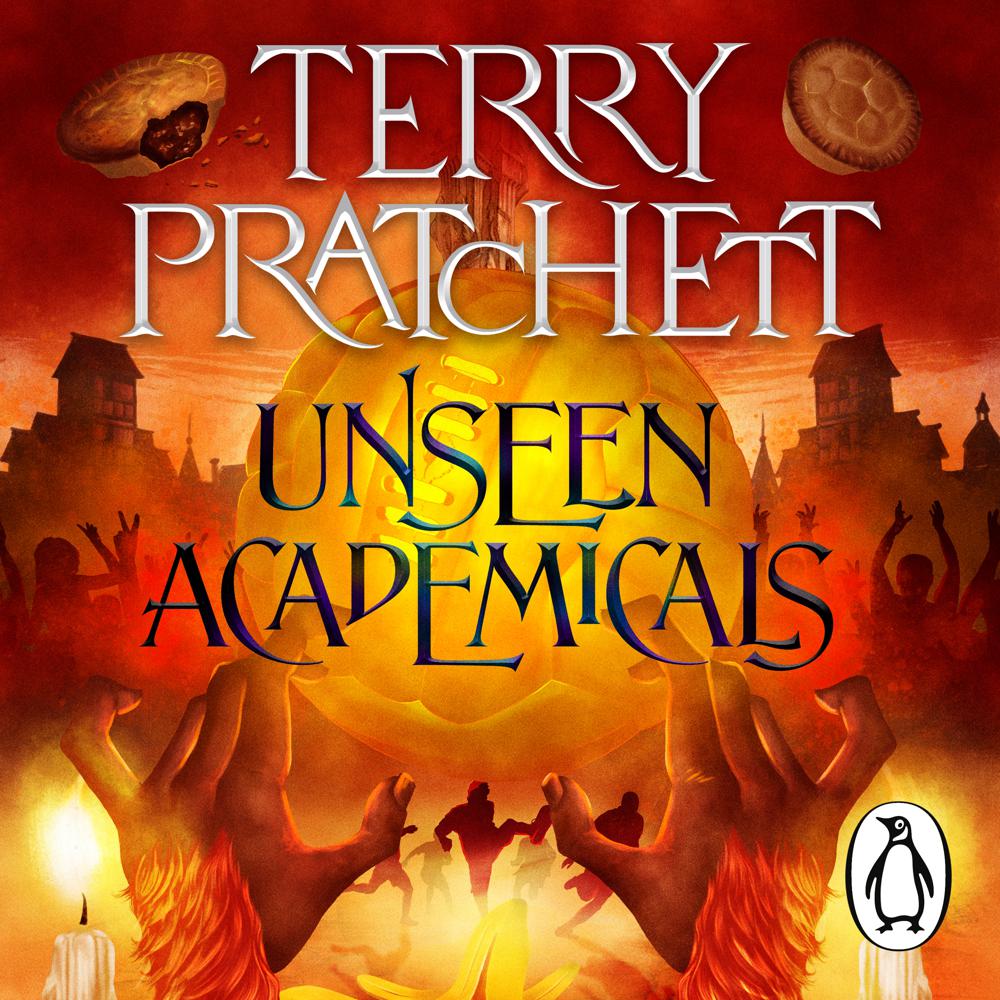 The audiobook of Unseen Academicals is read by Colin Morgan (Merlin; Testament of Youth; Belfast). BAFTA and Golden Globe award-winning actor Bill Nighy (Love Actually; Pirates of the Caribbean; Harry Potter and the Deathly Hallows) reads the footnotes, and Peter Serafinowicz (Star Wars: Episode I – The Phantom Menace; Shaun of the Dead) stars as the voice of Death. Featuring a new theme tune composed by James Hannigan.

‘We play and are played and the best we can hope for is to do it with style.’

Football has come to the ancient city of Ankh-Morpork. And now the wizards of Unseen University must win a football match without using magic . . . so they’re in the mood for trying everything else.

To do so, they recruit an unlikely group of players: Trev, a street urchin with a talent for kicking a tin can; Glenda, the night chef who makes a mean pie; Juliet, the kitchen hand turned world’s greatest fashion model; and the mysterious Mr Nutt, who has something powerful, and dark, locked away inside him . . .

Unseen Academicals is the seventh book in the Wizards series, but you can listen to the Discworld novels in any order.

‘This isn’t just football, it’s Discworld football. Or, to borrow another phrase, it’s about life, the Universe and everything’ The Times