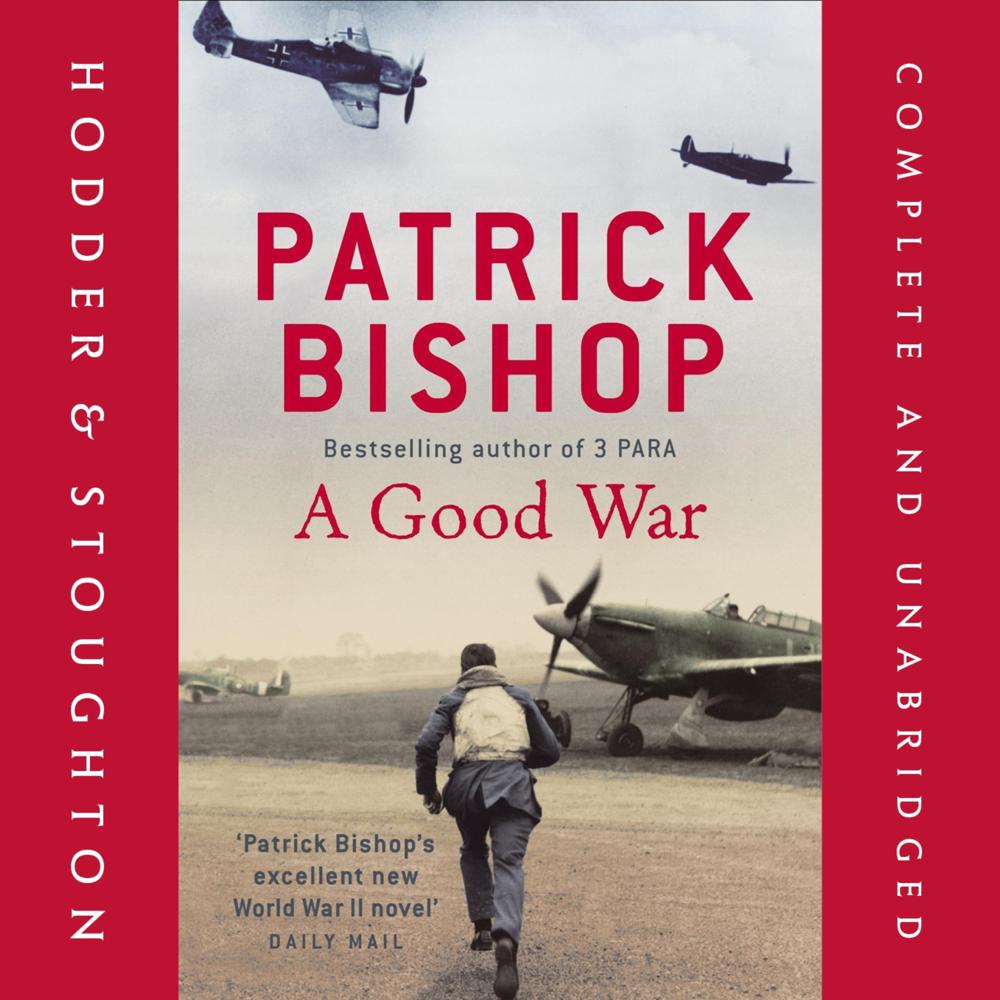 Adam Tomaszewski is a Polish airman, flying Hurricanes alongside British pilots as the Battle of Britain rages in the summer skies over Kent and Sussex. Facing death daily and far from his friends and family, Adam finds himself drawn to a maverick Irish soldier called Gerry Cunningham.

‘You’re out of luck, brother,’ are the first words Gerry says when they meet in the crush of men competing for the few women at a dance in a seaside hotel, but when Gerry betrays his lover Moira, Adam’s fortunes seem to have changed. For the next four years, Adam’s life and Gerry’s are intertwined like good luck and bad, love and loss, life and death, their paths crossing at various points on Adam’s perilous journey from the ruins of Poland to the rolling English countryside, from Egypt to Occupied France.

A hauntingly evocative picture of wartime Britain, a twisting drama of fighting behind enemy lines, a compelling, suspenseful love story, A GOOD WAR proves Patrick Bishop – already acclaimed as a great historian of the war in the air – to be a superbly gifted novelist.