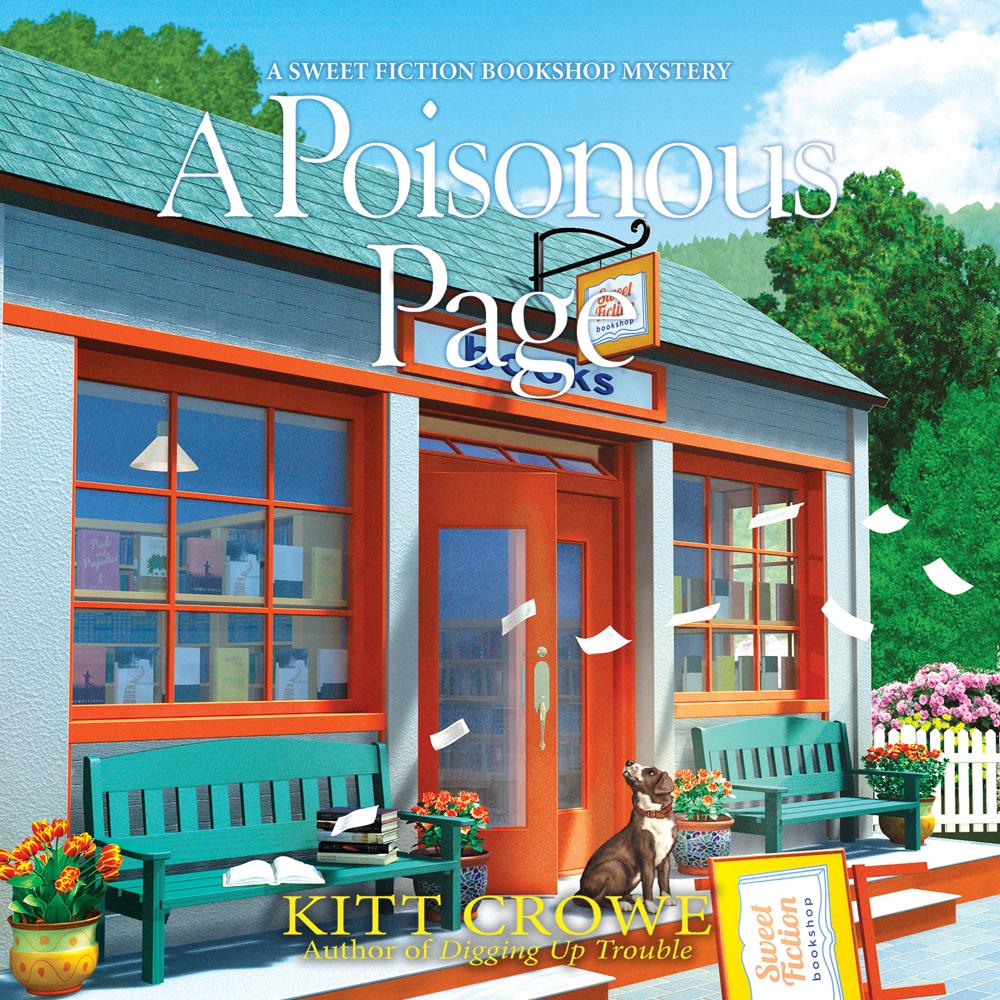 It’s summer festival time in Confection, Oregon, and that means a barrage of tourists are making cash registers ring at Sweet Fiction Bookshop. But what should be bookseller Lexi’s most lucrative time of year turns disturbing when a member of the chamber of commerce suddenly dies of a heart attack. It’s not entirely unexpected—considering her family history—but it’s a different story when another chamber member dies just one week later…also, presumably, of natural causes. Something about this doesn’t read right to Lexi. And it gets more unfathomable when her friend Dash—who dated both women—stands accused of murder! With Cookie, her lovable border-collie mix, at her side and countless volumes of inspiration on her shelves, Lexi opens the book on another perplexing case. Who could have murdered two prominent townspeople without leaving even a hint of evidence on the scene? And why is an irksome-but-intriguing detective always seeming to catch her and Cookie working the case? Lexi’s Confection Rose-colored glasses come off when she learns of thorny discussions among the council members involving a string of secretive real-estate transactions. Enlisting her faithful fellow members of the Macaroon Book Club, she sets out to bind the clues together and clear Dash’s name. But if she can’t devise a clever trap for the real killer, she may soon end up with a very unhappily ever after of her own.