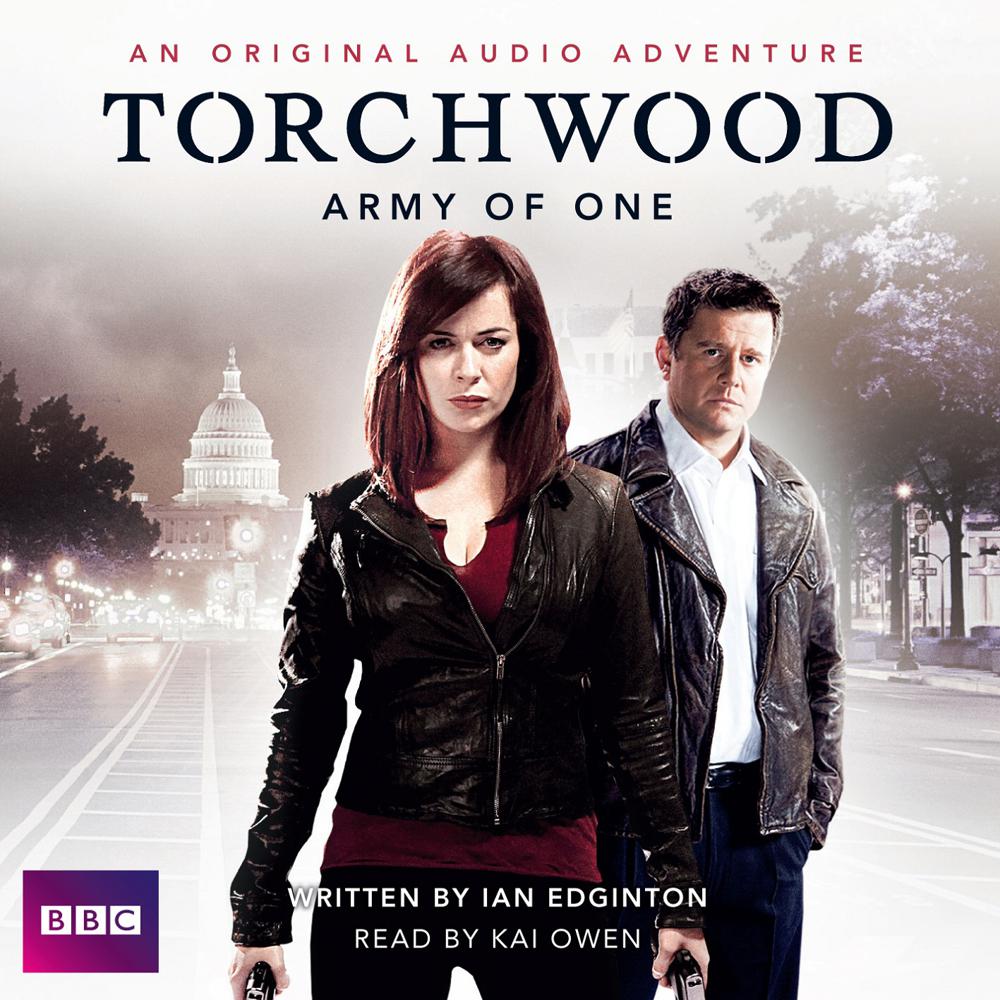 A Torchwood Adventure Army Of One

Washington D.C., post-Miracle. The city has been hit by a spate of very unusual serial killings. The victims are different ages and genders and the locations vary, but each body has one thing in common – it has been reduced to a dried-up, desiccated husk. Special Agent Lucas Avery has dealt with some tricky puzzles in his time, but this is stranger than anything he’s ever encountered. His one lead is a pair of names: ‘Gwen’ and ‘Rhys’… For Gwen Cooper and Rhys Williams, still recovering from the recent, traumatic events that shook the world, life is about to get difficult and dangerous again. For it’s not just Homeland Security on their trail, but something else – something alien, terrifying and deadly… Written specially for audio by Ian Edginton, Army of One is read by Kai Owen, who played Rhys Williams in the hit BBC television series.