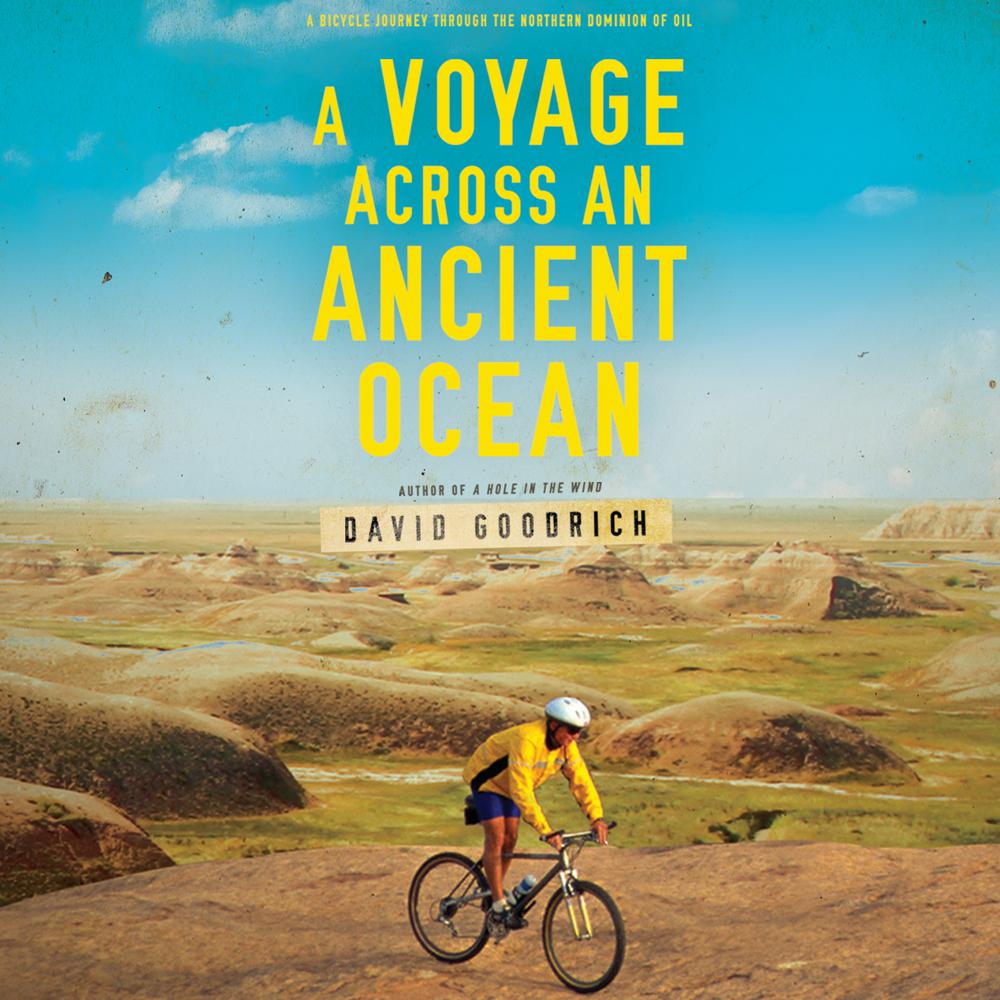 A Voyage Across an Ancient Ocean

Recently recovered from his epic bicycle journey that took him from the Delaware shore to the Oregon coast, distinguished climate scientist David Goodrich sets out on his bike again to traverse the Western Interior Seaway-an ancient ocean that once spread across half of North America. When the waters cleared a geologic age ago, what was left behind was vast flat prairie, otherworldly rock formations, and oil shale deposits. As Goodrich journeys through the Badlands and Theodore Roosevelt National Park and across the prairies of the upper Midwest and Canada, we get a raw and ground-level view of where the tar sands and oil reserves are being opened up at an incredible and unprecedented pace. Extraordinary and unregulated, this “black goldrush” is boom and bust in every sense. In a manner reminiscent of John McPhee and Rachel Carson, combined with Goodrich’s wry self-deprecation and scientific expertise, A Voyage Across an Ancient Ocean is a galvanizing and adventure-filled listen that gets to the heart of drilling on our continent.