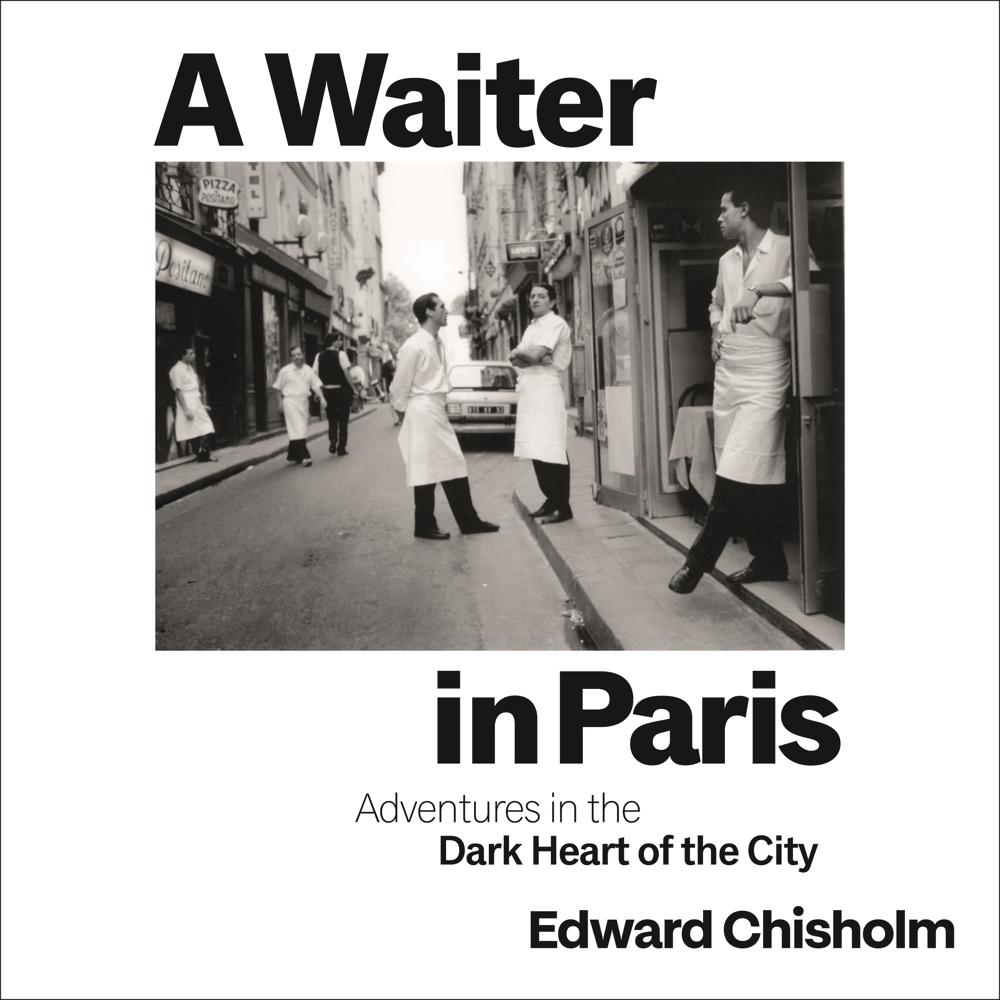 A Waiter in Paris

A waiter’s job is to deceive you. They want you to believe in a luxurious calm because on the other side of that door…is hell.

Edward Chisholm’s spellbinding memoir of his time as a Parisian waiter takes you below the surface of one of the most iconic cities in the world and right into its glorious underbelly.

He inhabits a world of inhuman hours, snatched sleep and dive bars; scraping by on coffee, bread and cigarettes, often under sadistic managers, with a wage so low you’re fighting your colleagues for tips. Colleagues – including thieves, narcissists, ex-Legionnaires, paperless immigrants, wannabe actors and drug dealers – who are the closest thing to family that you’ve got.

It’s physically demanding, frequently humiliating and incredibly competitive. But it doesn’t matter because you’re in Paris, the centre of the universe, and there’s nowhere else you’d rather be in the world.