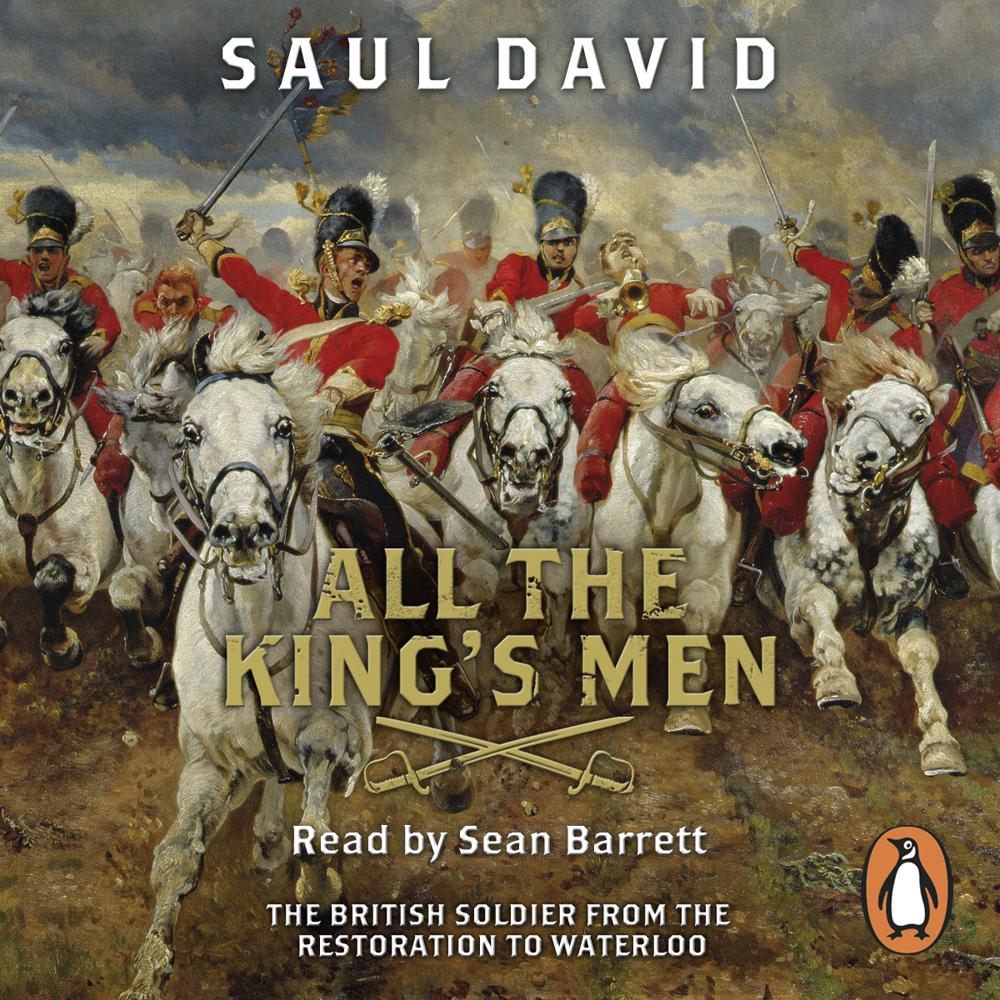 All The King’s Men

The unabridged, downloadable audiobook edition of Saul David’s comprehensive history, All The King’s Men: The British Soldier from the Restoration to Waterloo, read by the actor Sean Barrett.

“The British soldier,” wrote a Prussian officer who served with Wellington, “is vigorous, well fed, by nature highly brave and intrepid, trained to the most vigorous discipline, and admirably well armed… These circumstances explain how this army … has never yet been defeated in the field.”

From the Restoration of Charles II in 1660 to the Downfall of Napoleon in 1815, Britain won a series of major wars against France that enabled her to lay the foundations of a global empire. By Waterloo, she was the paramount maritime and industrial power in the world, and would remain so for much of the nineteenth century.

This is the story of that extraordinary century and a half of martial success and the people who made it possible: the soldier-kings William III and the first two Georges; the generals Marlborough, Wolfe, Moore and Wellington; and the ordinary British redcoats who – despite harsh service conditions that included low pay, poor housing, inadequate food and brutal discipline – rarely let their commanders down in battles as far afield as Blenheim, Plassey, Quebec and Waterloo.