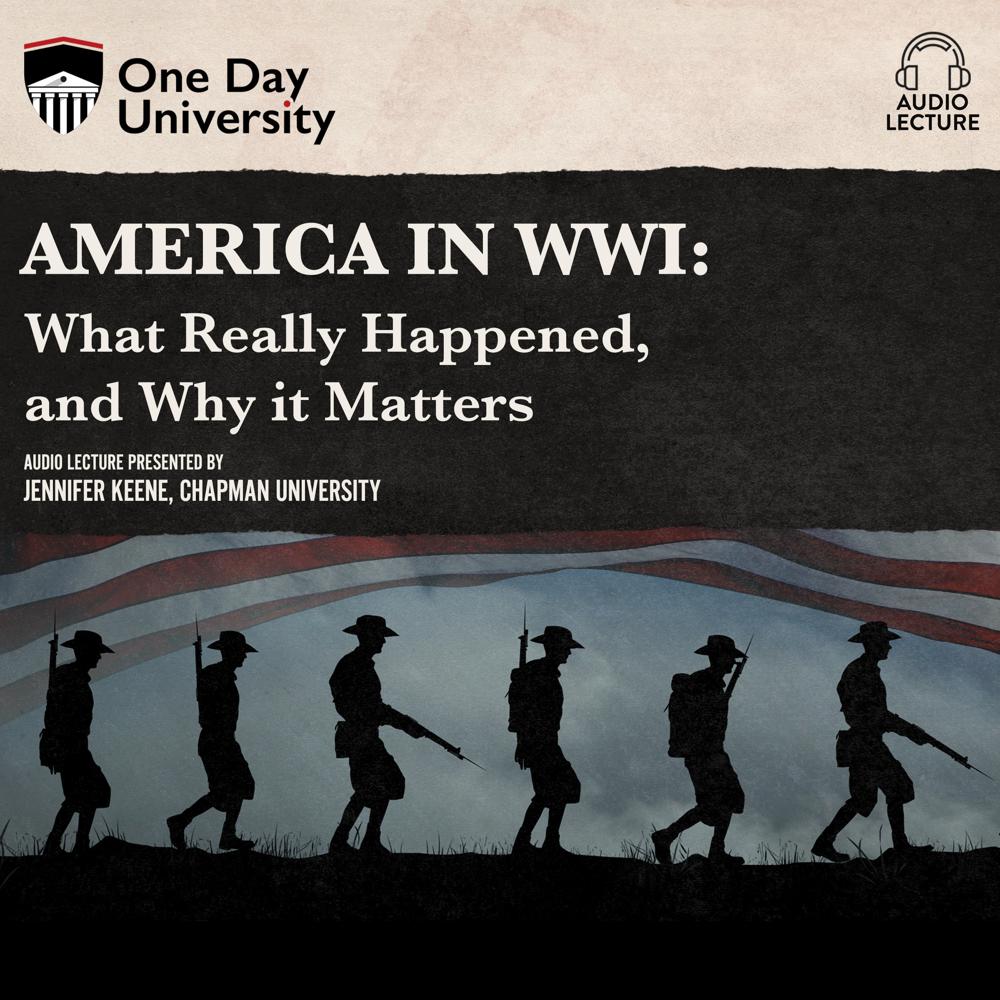 One Day University presents a series of audio lectures recorded in real-time from some of the top minds in the United States. Given by award-winning professors and experts in their field, these recorded lectures dive deep into the worlds of religion, government, literature, and social justice. Most Americans possess only a hazy understanding of World War I or its significance for the United States. So why not leave it there? Why bother with this history lesson? How the nation responded to the challenge of fighting its first modern war re-made America, leading to female suffrage, the modern civil rights movement, the drive to protect civil liberties, new conceptions of military service, and an expanded role for the United States in the world. There are striking parallels between the problems Americans faced a hundred years ago in 1917-18 and the challenges we face now. How do we balance protecting national security with civil liberties? Is it appropriate for Americans to continue to debate a war once the fighting has begun? Are immigrants importing terrorism? Do Americans have a responsibility to participate in global humanitarianism? Can soldiers ever convey to those at home the reality of what they’ve encountered on the battlefield? Can they ever leave the war behind? Americans grappled with these issues in World War I, and these are once again relevant questions for a society at war. This audio lecture includes a supplemental PDF.