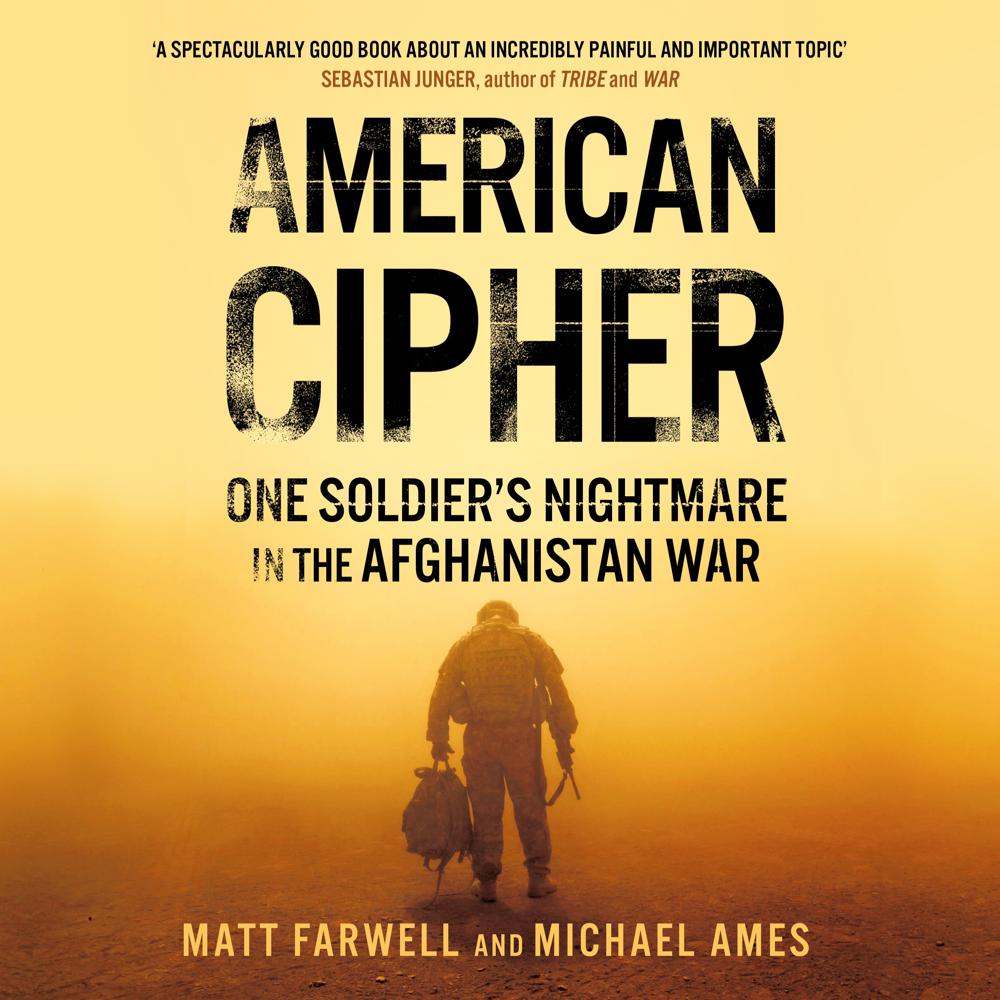 The explosive narrative of the life, captivity, and trial of Bowe Bergdahl, the soldier who was abducted by the Taliban and whose story has served as a symbol for America’s foundering war in Afghanistan

In the early hours of June 30, 2009, Private First Class Bowe Bergdahl walked off his platoon’s base. Since that day, easy answers to the many questions surrounding his case have proved elusive. Why did he leave his post? What kinds of efforts were made to recover him from the Taliban? And why, facing court martial, did he plead guilty to the serious charges against him?

In American Cipher, journalists Matt Farwell and Michael Ames persuasively argue that the Bergdahl story is as illuminating an episode as we have as we seek the larger truths of how the United States lost its way in Afghanistan. Telling the parallel stories of an idealistic, misguided young soldier and a nation stalled in an unwinnable war, the book reveals the fallout that ensued when the two collided, and in the process, provides a definitive corrective to the composite of narratives – many simplistic or flawed, unfair or untrue – that have contributed to the Bergdahl myth.

Based on years of exclusive reporting drawing on dozens of sources throughout the military, government, and Bergdahl’s family, friends, and fellow soldiers, American Cipher is at once a meticulous investigation of government dysfunction and political posturing, a blistering commentary on America’s presence in Afghanistan, and a heart-breaking chronicle of a naive young man who thought he could fix the world and wound up as the tool of forces far beyond his understanding.