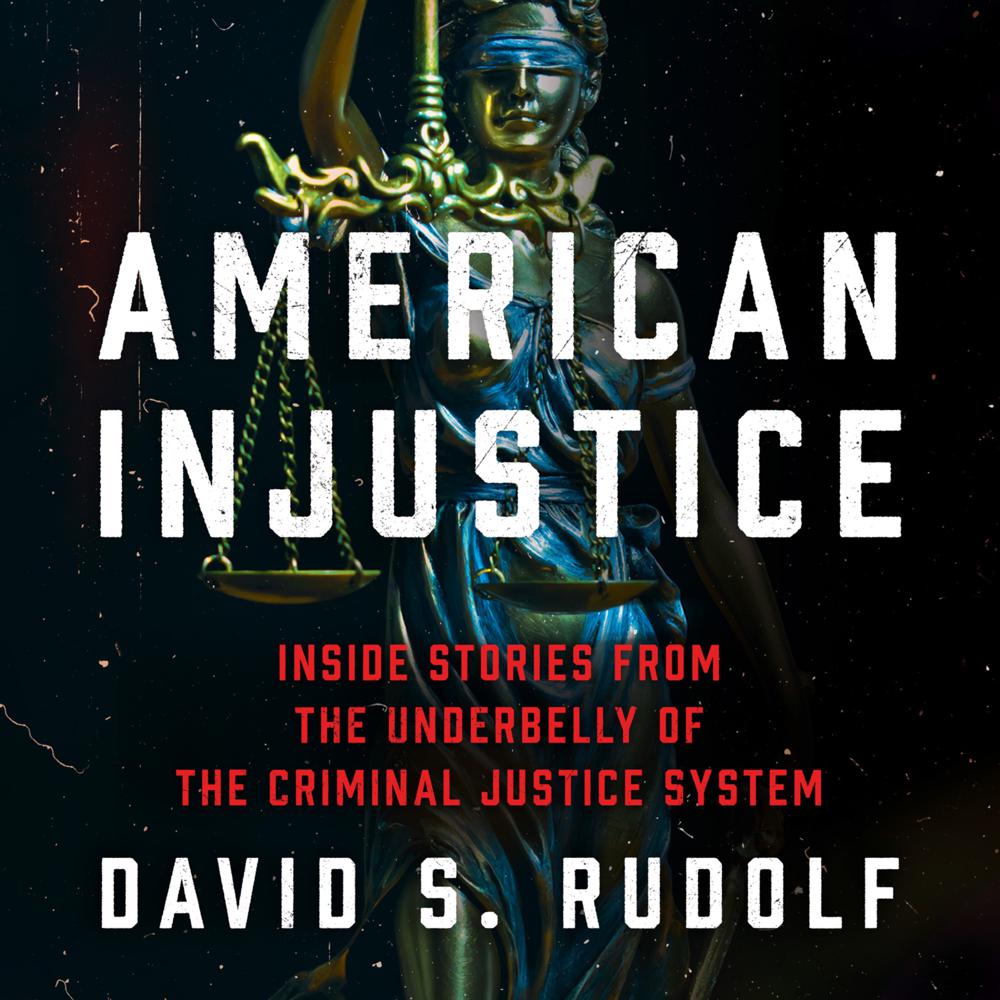 From the fearless defense attorney and civil rights lawyer who rose to fame with Netflix’s The Staircase comes an essential examination of America’s corrupt and abusive criminal justice system.

In the past thirty years, more than 2,700 innocent American prisoners—their combined jail sentences adding up to almost 25,000 years—have been exonerated and freed. Terrifyingly, this number represents only a small fraction of the number of persons wrongfully convicted each year. As a result, US jails and prisons are packed with men and women who should not be there, but for crooked police, false testimony, shoddy investigators, vindictive judges, bogus expert witnesses or, far too often, the colour of their skin and their economic condition.

Renowned criminal defense attorney and civil rights lawyer David Rudolf has spent his career defending the wrongfully accused. In American Injustice, he draws from his years of experience in the American criminal justice system, including some of his biggest cases, to shed light on the immorality and deceit prevalent at all levels of law enforcement, and the tragic consequences of this misconduct. Rudolf takes the reader to crime scenes to reveal how detectives retrieve evidence that supports their accusations and hide that which doesn’t; revisits several unsolved murders to detail how and why the true culprits were never prosecuted; explores how unconscious bias frequently leads prosecutors and police to jump to false conclusions; and exposes how poverty and racism fundamentally deform the system—and why some want to keep it that way.