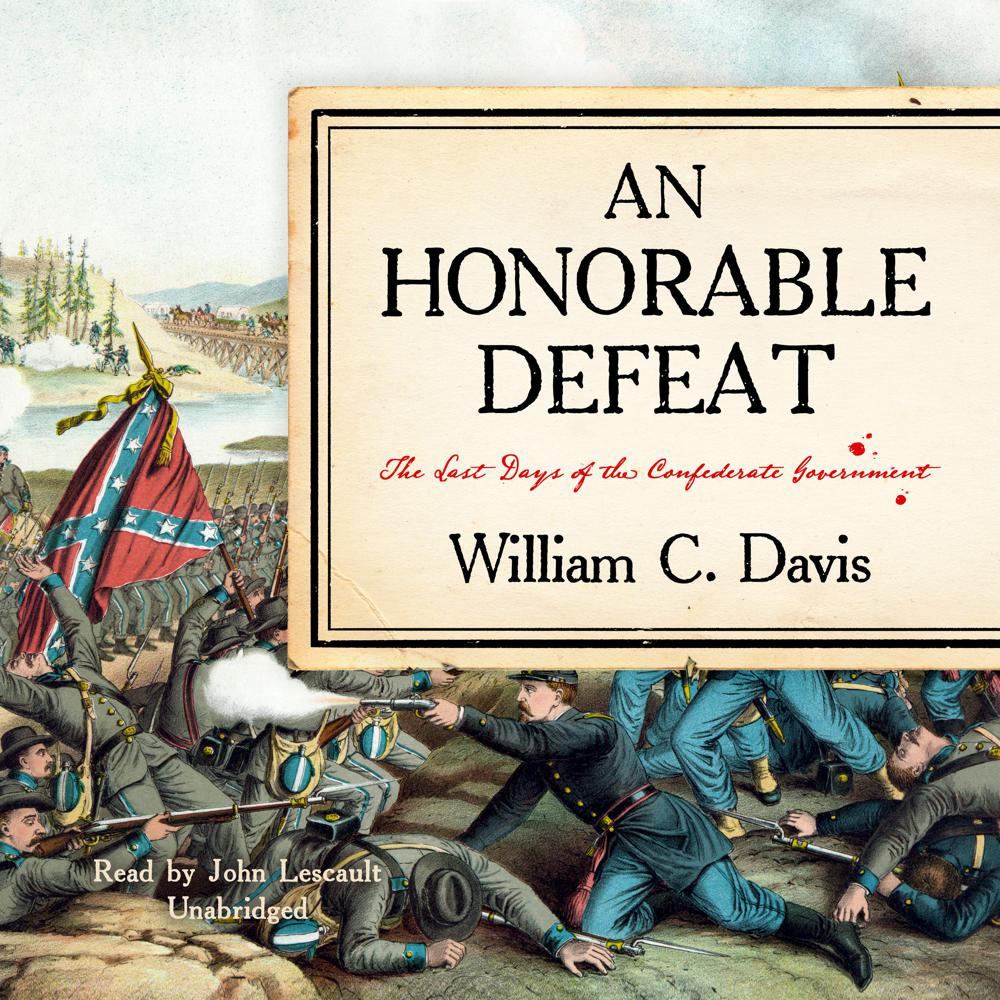 In February 1865, the end was clearly in sight for the Confederate government. Lee’s defeat at Gettysburg had dashed the hopes of the Confederate army, and Grant’s victory at Vicksburg had cut the South in two. An Honorable Defeat is the story of the four months that saw the surrender of the South and the assassination of Lincoln by Southern partisans. It is also the story of two men, antagonists yet political partners, who struggled during this time to achieve their own differing visions for the South: Jefferson Davis, the autocratic president of the Confederate States, who vowed never to surrender whatever the cost; and the practical and warm General John C. Breckinridge, Secretary of War, who hoped pragmatism would save the shattered remnants of the land he loved so dearly.

Pulitzer Prize nominee William C. Davis traces the astounding flight of these men, and the entire Confederate cabinet, as they flee south from Richmond by train, then by mule, then on foot. Using original research, he narrates, with dramatic style and clear historical accuracy, the futile quarrels of Davis and Breckinridge as they try to evade bands of Northern pursuers and describes their eventual—and separate—captures. The result is a rich canvas of a time of despair and defeat, a charged tale full of physical adventure and political battle that sweeps from the marble halls of Richmond to a dingy room in a Havana hotel.