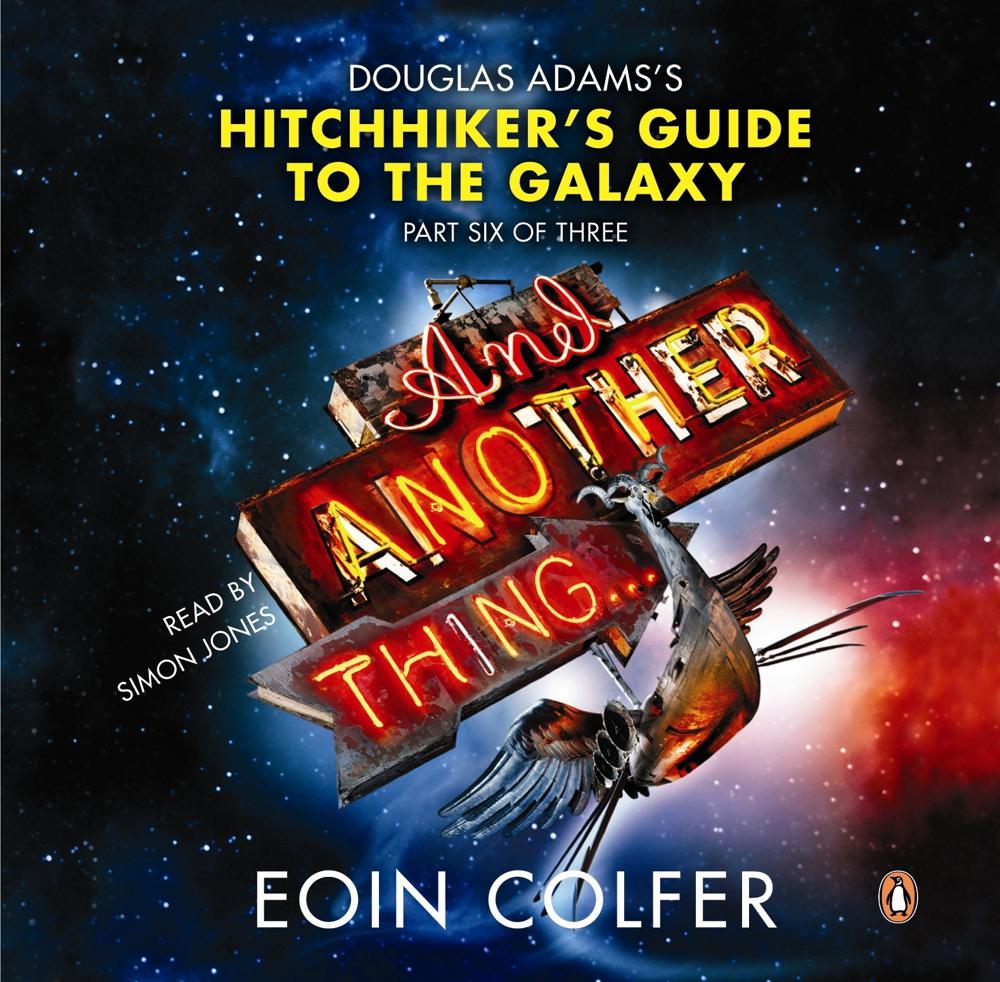 Discover the sixth book in the ludicrously inaccurately named Hitchhiker’s Guide to the Galaxy trilogy, as broadcast on BBC Radio 4.

Arthur Dent led a perfectly ordinary, uneventful life until the Hitchhiker’s Guide to the Galaxy hurled him deep into outer space. Now he’s convinced a cruelly indifferent universe is out to get him.

And who can blame him?

His life is about to collide with a pantheon of unemployed gods, a lovestruck green alien, a very irritating computer and at least one very large slab of cheese. If, that is, everyone’s favourite renegade Galactic President can get him off planet Earth before it is destroyed . . . again.

‘A triumph, fabulous. Colfer has given us a delight’ Observer

‘Chock-full of fanciful, inventive one-liners and asides, brimming with a burning sense of the ridiculousness of life’ Independent on Sunday

‘The best post-mortem impersonation I have ever read’ Mark Lawson, Guardian