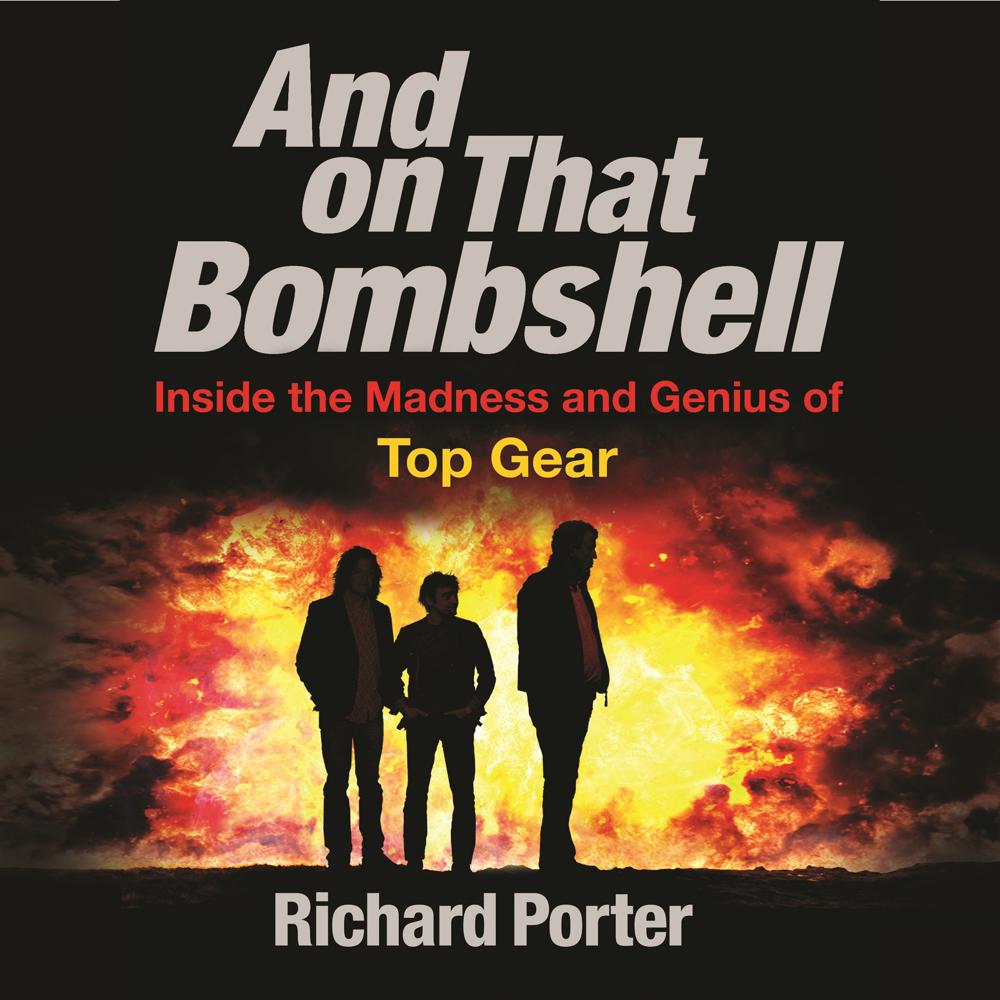 And On That Bombshell

I was Top Gear‘s script editor for 13 years and all 22 series. I basically used to check spelling and think of stupid gags about The Stig. I also got to hang around with Jeremy Clarkson, Richard Hammond and James May. It didn’t feel like something you should get paid for.

From the disastrous pilot show of 2002 to the sudden and unexpected ending in 2015, working on Top Gear was quite a rollercoaster ride. We crossed continents, we made space ships, we bobbed across the world’s busiest shipping lane in a pick-up truck. We also got chased by an angry mob, repeatedly sparked fury in newspapers, and almost killed one of our presenters.

I realised that I had quite a few stories to tell from behind the scenes on the show. I remembered whose daft idea it was to get a dog. I recalled the willfully stupid way in which we decorated our horrible office. I had a sudden flashback to the time a Bolivian drug lord threatened to kill us.

I decided I should write down some of these stories. So I have. I hope you like them.

And now, a quote from James May:

‘Richard Porter has asked me to “write a quote” for his new book about the ancient history of Top Gear. But this is a ridiculous request. How can one “write a quote”? Surely, by definition, a quote must be extracted from a greater body of writing, for the purpose of illustrating or supporting a point in an unrelated work. I cannot “write a quote” any more than I could “film an out-take”.

‘Porter, like Athens, has lost his marbles.’ – James May