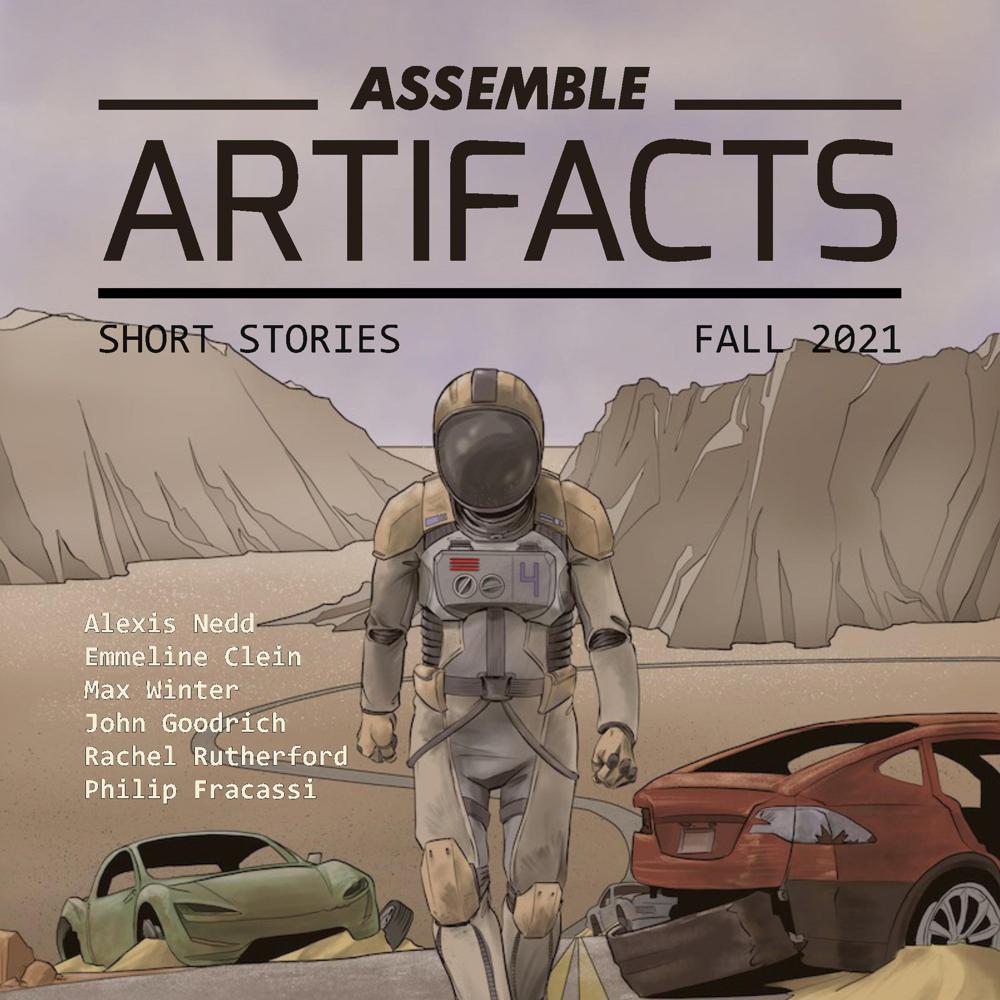 A short story magazine that assembles a thrilling new mix of stories from genres including horror, science-fiction, comedy, and suspense. Buried at the heart of every story in the magazine is a unique artifact, an object that has inspired our storytellers to create a big idea, an irresistible question, a new immersive world, or a sense of wonder. Unearth your next great read with Assemble Artifacts.

An influencer discovers the opportunity of a lifetime when she deduces that a major celebrity’s death may just be a hoax, but the truth will put her professional and personal goals at odds.

When an astronaut crash-lands back on Earth, he scrambles for shelter in a future Mojave Desert and begins to suspect that his AI is not telling him the full truth.

“A Little Slice of Hell” by John Goodrich

Two underpaid supermarket employees realize that they should have read the employee manual after encountering a customer from Hell—literally.

A young woman’s life spirals out of control as she struggles to fight her personal demons.

“The Wish” by Philip Fracassi

When his father dies suddenly at his sixth birthday party, a boy makes a wish that his father never misses his birthday again—but be careful what you wish for.