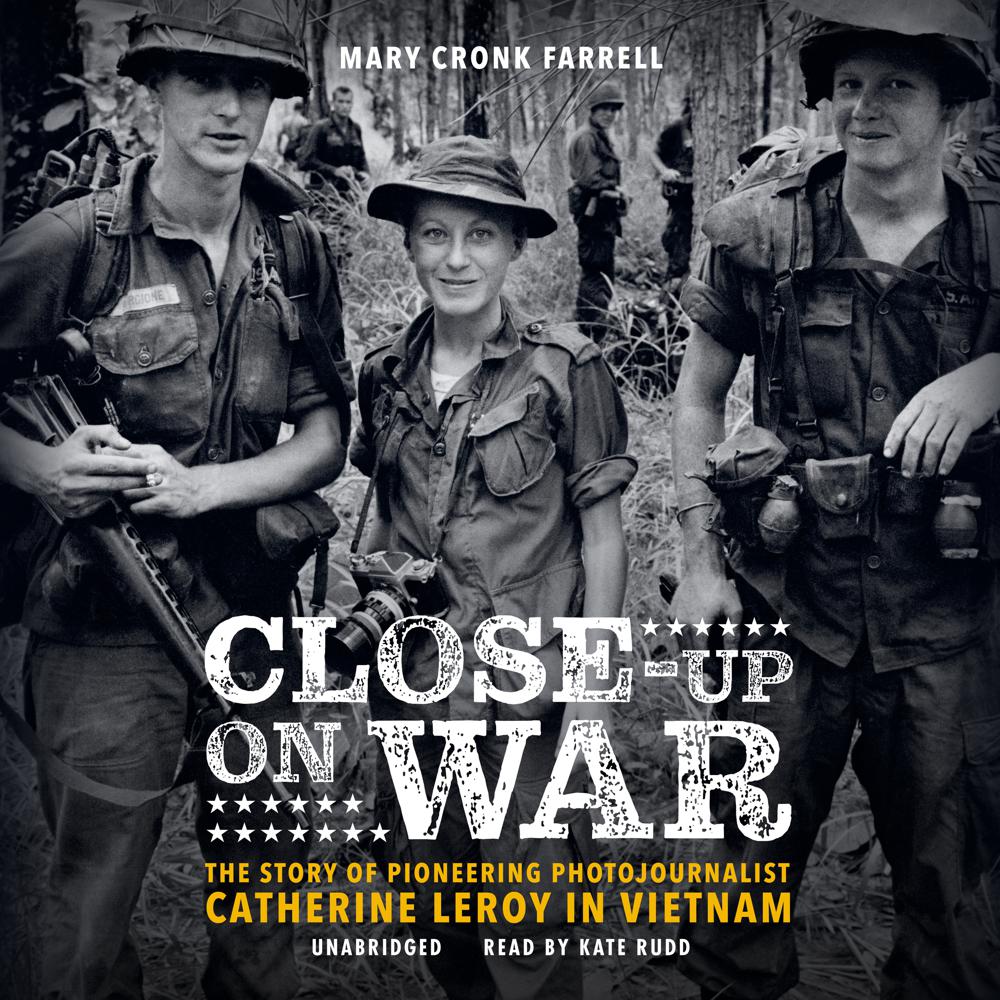 The incredible story of Catherine Leroy, one of the few woman photographers during the Vietnam War, told by an award-winning journalist and children’s author

From award-winning journalist and children’s book author Mary Cronk Farrell comes the inspiring and fascinating story of the woman who gave a human face to the Vietnam War. Close-up on War tells the story of French-born Catherine Leroy, one of the war’s few woman photographers, who documented some of the fiercest fighting in the twenty-year conflict. Although she had no formal photographic training and had never before traveled more than a few hundred miles from Paris, Leroy left home at age twenty-one to travel to Vietnam and document the faces of war.

Despite being told that women didn’t belong in a “man’s world,” she was cool under fire, gravitated toward the thickest battles, went along on the soldiers’ slogs through the heat and mud of the jungle, crawled through rice paddies, and became the only official photojournalist to parachute into combat with American soldiers. Leroy took striking photos that gave America no choice but to look at the realities of war—showing what it did to people on both sides—from wounded soldiers to civilian casualties.

Later, Leroy was gravely wounded from shrapnel, but that didn’t keep her down more than a month. When captured by the North Vietnamese in 1968, she talked herself free after photographing her captors, scoring a cover story in Life magazine. A recipient of the George Polk Award, one of the most prestigious awards in journalism, Leroy was one of the most well-known photographers in the world during her time, and her legacy of bravery and compassion endures today.

Farrell interviewed people who knew Leroy, as well as military personnel and other journalists who covered the war. In addition to a foreword by Pulitzer Prize–winning journalist Peter Arnot, the book includes a preface, author’s note, endnotes, bibliography, timeline, and index.