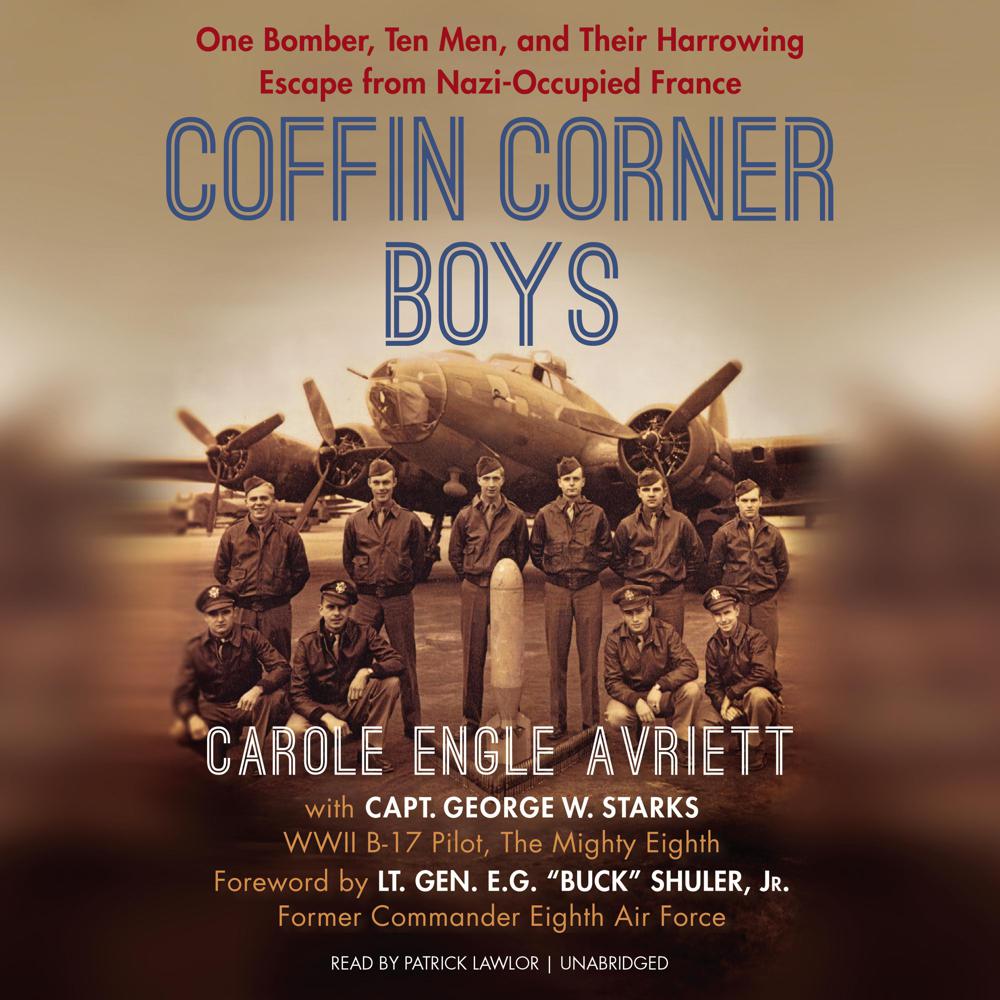 As a young band of brothers flies over German-occupied France, they come under heavy fire. Their B-17 is shot down and the airmen―stumbling through fields and villages―scatter across Europe. Some struggled to flee for safety. Others were captured immediately and imprisoned. Now, for the first time, their incredible story of grit, survival, and reunion is told.

In 1944, George Starks was just a nineteen-year-old kid from Florida when he and his high school buddies enlisted in the US military. They wanted to join the action of WWII. George was assigned to the Ninety-Second Bomb Group, in which the median age was twenty-two, and on his crew’s first bombing mission together received the most vulnerable spot of a B-17 mission configuration: low squadron, low group, flying number six in the bomber-box formation.

Airmen called George’s position the “Coffin Corner” because here exposure was most likely to draw hostile fire. Sure enough, George’s plane was shot down by a German Fw 190, and he jumped at 25,000 feet for the “first and only time,” as he tells the story. He landed near Vitry-en-Perthois to begin a 300-mile trek through the dangers of war-torn France towards the freedom of neutral Switzerland.

Through waist-deep snow, seering exhaustion, and close encounters with Nazis, George repeated to himself the mantra “just one more day.” He battled to keep walking. His comrades were scattered all across Europe and experienced places as formidable as German POW camps and as hospitable as Spain, each crew member always wondering about the fate of the others.

After the war, George made two vows: he would never lose touch with his men again and one day would attempt to thank those who had risked their lives to save his. Despite passage of time and demands of career and family, he accomplished both. He reunited with his crew and then twenty-five years later, returned to France to locate as many as he could of the brave souls who had helped him evade the enemy.

Join George as he retraces his steps to freedom and discover the amazing stories of sacrifice and survival and how ten young American boys plus their French helpers became heroes.