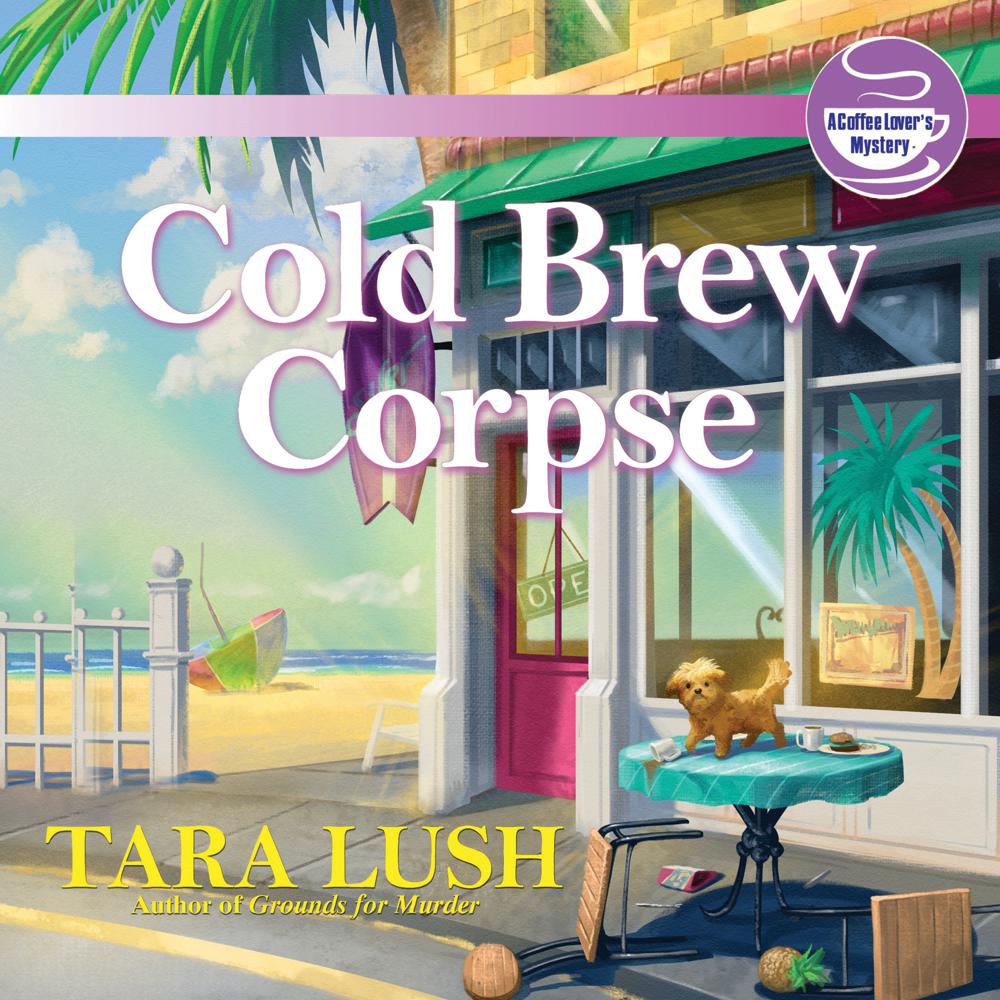 It’s a steamy September, and business is brisk at Perkatory, the hottest coffee shop in Devil’s Beach, Florida. Much of the clientele pours in from Dante’s Inferno, the hot yoga studio next door. But the bright, sunny Gulf Coast days turn decidedly dark-roast when the body of the studio’s owner turns up in a nearby swamp. Between running Perkatory and training Stanley, her golden Shih Tzu puppy, reporter-turned-barista Lana Lewis is too busy to go sleuthing. But when the editor of the local paper asks her to write about the murder, Lana’s dreams of getting back into journalism start to percolate. Lana discovers that the yogi has a nefarious past and her share of mug shots, so grinding her way through the suspect list is a large task. She learns that the victim was fatally beaned by an SUV before she was dumped in the swamp. But was the killer one of her students? An envious yoga teacher? Or a local photographer who seems to know too much? Hunting the caf-fiend who killed the yogi puts Lana and Chief Noah’s relationship—and Lana’s life—in very hot coffee. But no one tells Lana Lewis what to do.