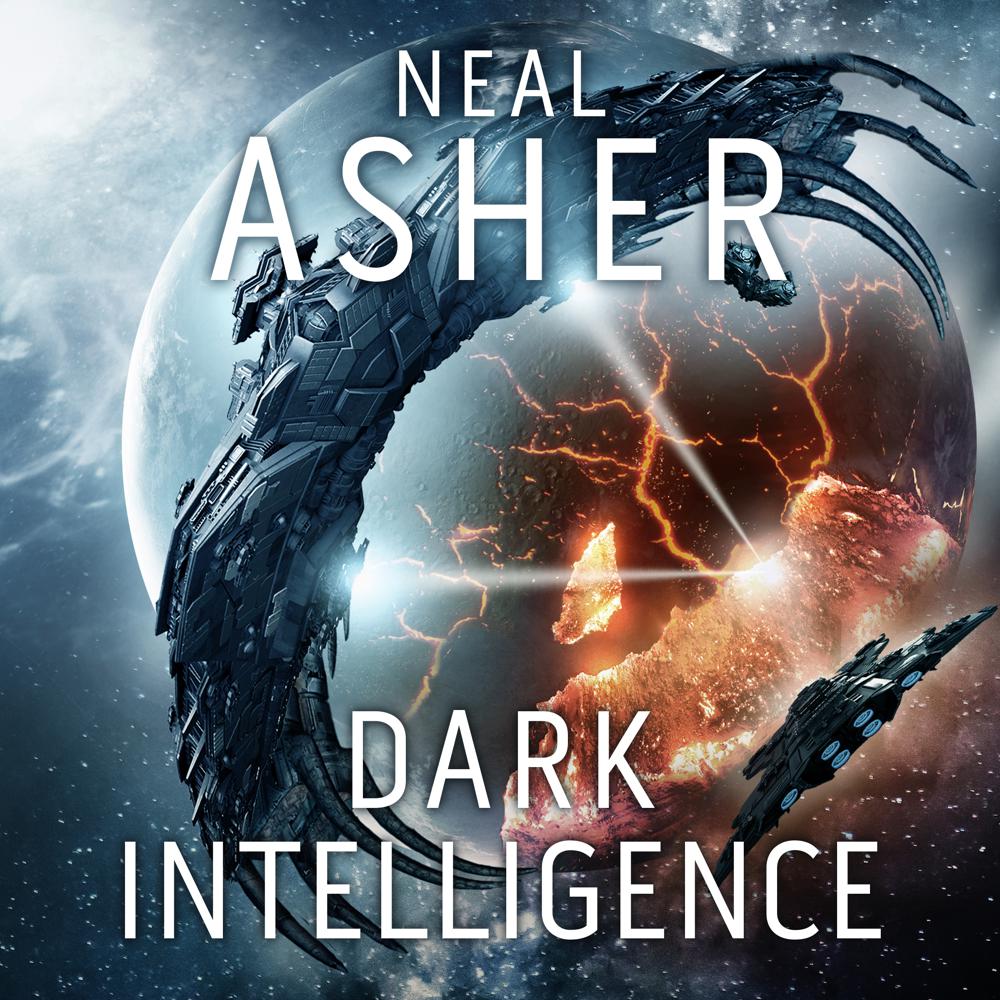 Dark Intelligence is the first novel in the Transformation series, a no-holds-barred adventure set in Neal Asher’s popular Polity universe.

One man will transcend death to seek vengeance. One woman will transform herself to gain power. And no one will emerge unscathed . . .

Thorvald Spear wakes in hospital, where he finds he’s been brought back from the dead. What’s more, he died in a human vs. alien war which ended a whole century ago. But when he relives his traumatic final moments, he finds the spark to keep on living. That spark is vengeance. Trapped and desperate on a world surrounded by alien Prador forces, Spear had seen a rescue ship arriving. But instead of providing backup, Penny Royal, the AI within the destroyer turned rogue. It annihilated friendly forces in a frenzy of destruction, and, years later, it’s still free. Spear vows to track it across worlds and do whatever it takes to bring it down.

Isobel Satomi ran a successful crime syndicate. But after competitors attacked, she needed more power. Yet she got more than she bargained for when she negotiated with Penny Royal. She paid it to turn her part-AI herself, but the upgrades hid a horrifying secret. The Dark AI had triggered a transformation in Isobel that would turn her into a monster, rapidly evolving into something far from human.

Spear hires Isobel to take him to the Penny Royal AI’s last known whereabouts. But he cheats her in the process and he becomes a target for her vengeance. And as she is evolves further into a monstrous predator, rage soon wins over reason. Will Spear finish his hunt, before he becomes the hunted?

Continue the action-packed adventure with War Factory and Infinity Engine.