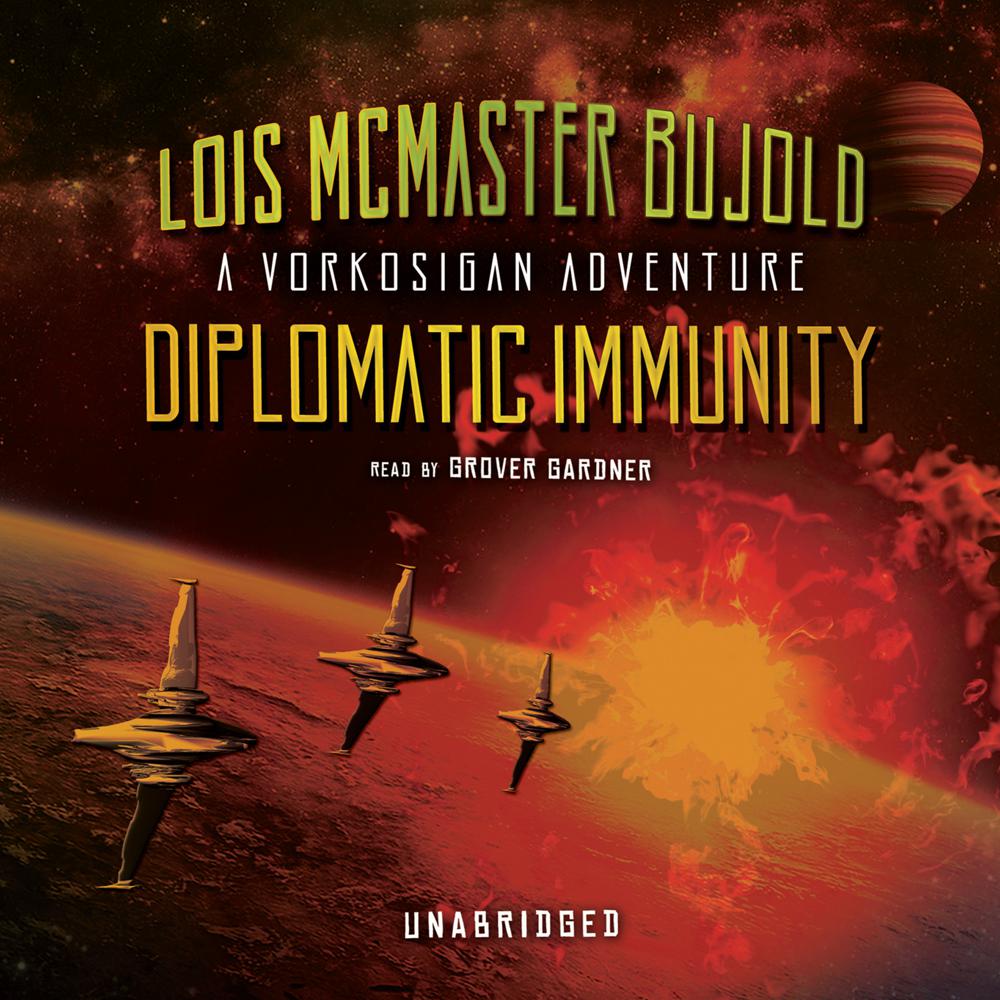 A rich Komarran merchant fleet has been impounded at Graf Station in distant Quaddiespace after a bloody incident involving the convoy’s Barrayaran military escort. Lord Miles Vorkosigan and his wife, Lady Ekaterin, have other things on their minds, such as getting home in time to attend the long-awaited births of their first children. But when duty calls in the voice of Barrayar’s Emperor Gregor, Miles, as imperial auditor, has no choice but to answer.

Waiting on Graf Station are diplomatic snarls, tangled loyalties, old friends, new enemies, racial tensions, lies and deceptions, mysterious disappearances, and a race with time for life against death in horrifying new forms. The downside of being a high-level troubleshooter comes when trouble starts shooting back.