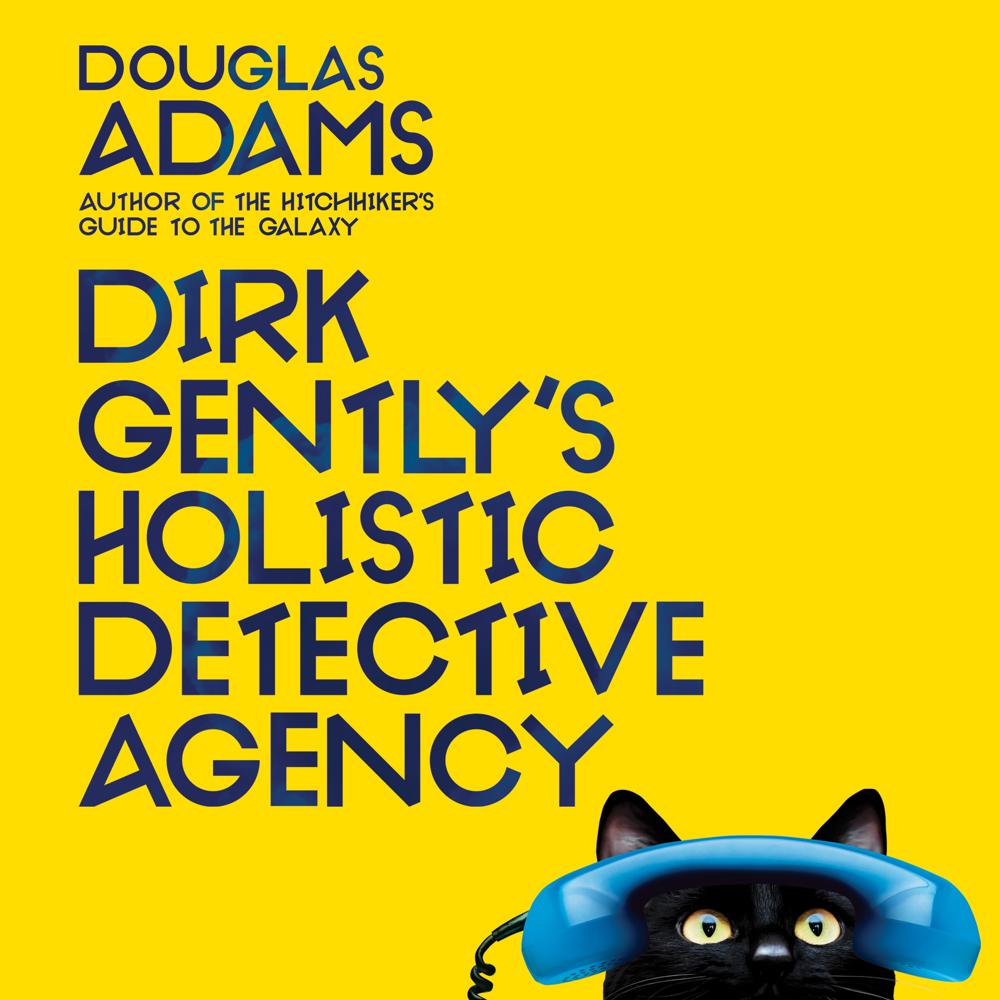 Dirk Gently’s Holistic Detective Agency by Douglas Adams, author of The Hitchhiker’s Guide to the Galaxy, is a much-loved cult classic, that has spawned radio dramas, television, theatre and comic book adaptations across the globe. This new audio edition is hilariously narrated by Stephen Mangan – star of Green Wing, Episodes, and the original Dirk Gently series on the BBC.

What do a dead cat, a computer whiz-kid, an Electric Monk who believes the world is pink, quantum mechanics, a Chronologist over two hundred years old, Samuel Taylor Coleridge (poet), and pizza have in common?

Apparently not much; until Dirk Gently, self-styled private investigator, sets out to prove the fundamental interconnectedness of all things by solving a mysterious murder, assisting a mysterious professor, unravelling a mysterious mystery, and eating a lot of pizza – not to mention saving the entire human race from extinction along the way (at no extra charge).

To find out more, read this book (better still, buy it then read it) – or contact Dirk Gently’s Holistic Detective Agency.

Continue this surreal series with The Long Dark Tea-Time of the Soul and the unfinished The Salmon of Doubt.