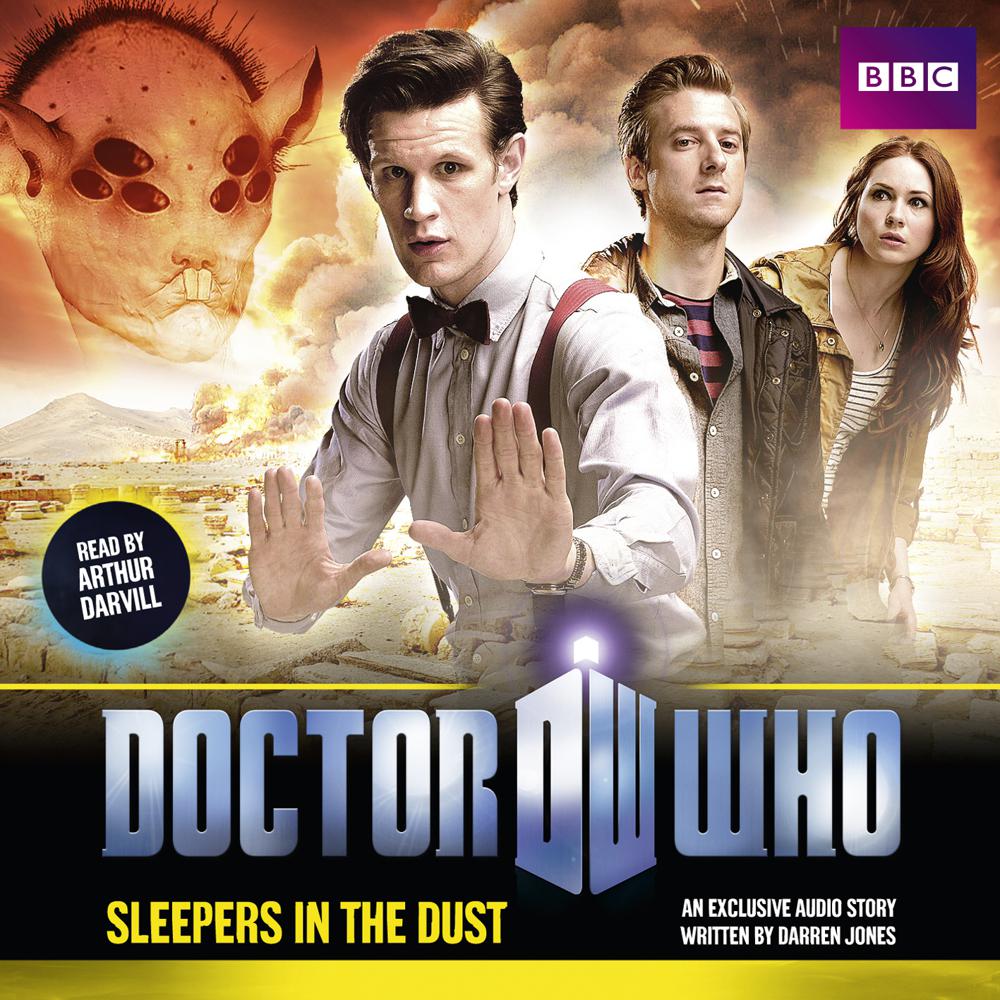 Doctor Who: Sleepers In The Dust

The TARDIS touches down on Nadurniss, a planet under quarantine. A joint Nadurni/human mission has recently landed on the planet to survey it for possible re-colonisation. Two millennia have passed since the Nadurni Empire fell at the end of the Prokarian War, and Nadurniss seems to be a lifeless, barren world – but a mysterious illness is infecting the Nadurni, and now the whole team is in danger. The nature of the infection becomes clear when the sickest Nadurni dies and an amorphous creature emerges from its dried-up body. A shambling mound of bacteria, acting as one being – a Prokarian – it has been on the planet all along, sleeping in the dust. As the Prokarians attack, Amy is infected. The Doctor can do nothing to help her – until he realises that the cure could lie in the past. He and Rory must travel back more than 2000 years to try and save her life… Written specially for audio by Darren Jones, Sleepers in the Dust features the Doctor, Amy and Rory, as played by Matt Smith, Karen Gillan and Arthur Darvill in the acclaimed hit series from BBC TV.