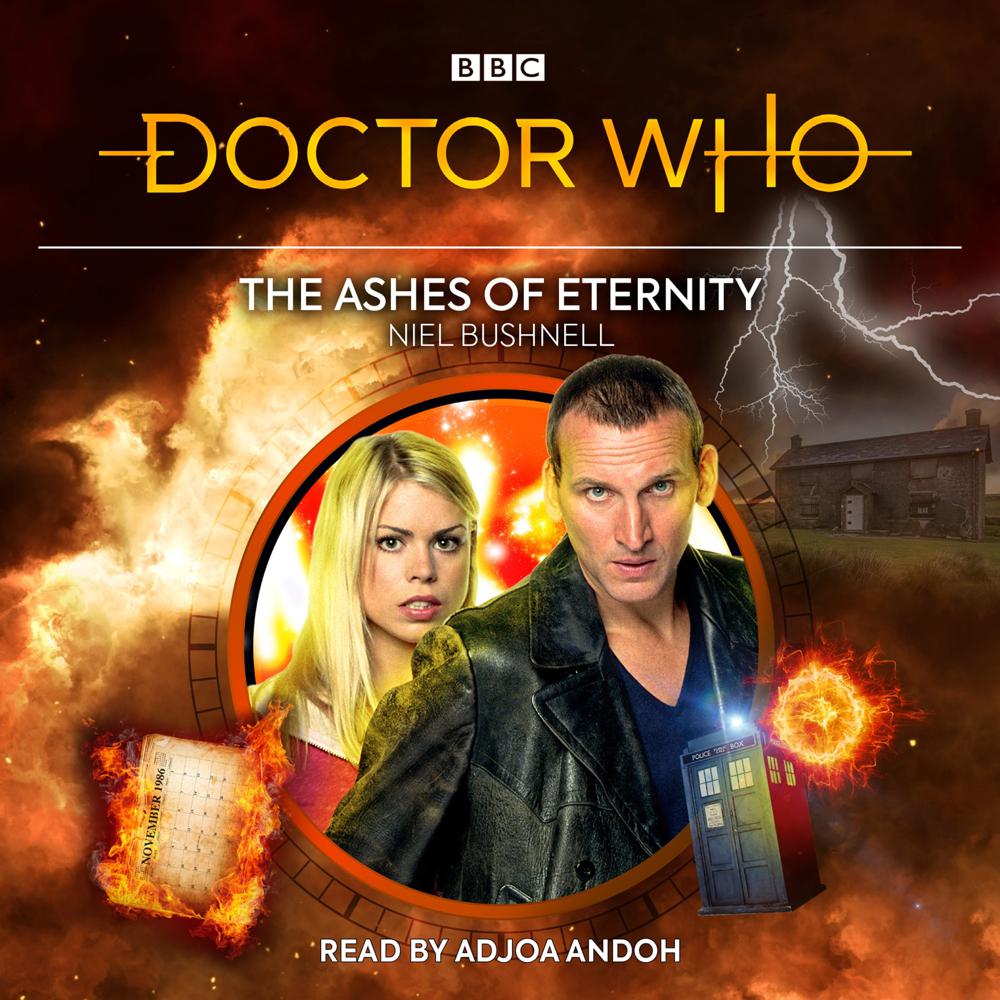 Doctor Who: The Ashes of Eternity

Adjoa Andoh reads a dynamic new story featuring the Ninth Doctor and Rose, as played on TV by Christopher Eccleston and Billie Piper.

When the Doctor diverts an asteroid from its collision course with Earth, the TARDIS is invaded by an ancient menace: a Solonite. Racing to save her friend’s life, Rose lands the TARDIS in Northumberland, Earth in 1986, and they find shelter in an isolated farmhouse.

Teaming up with Peggy, a grieving artist, the travellers realise the terrible truth: the Solonite has accompanied them to Earth, and is now at large. As the terrifying entity seeks to possess them, its fearful purpose becomes clear – and it involves the TARDIS…