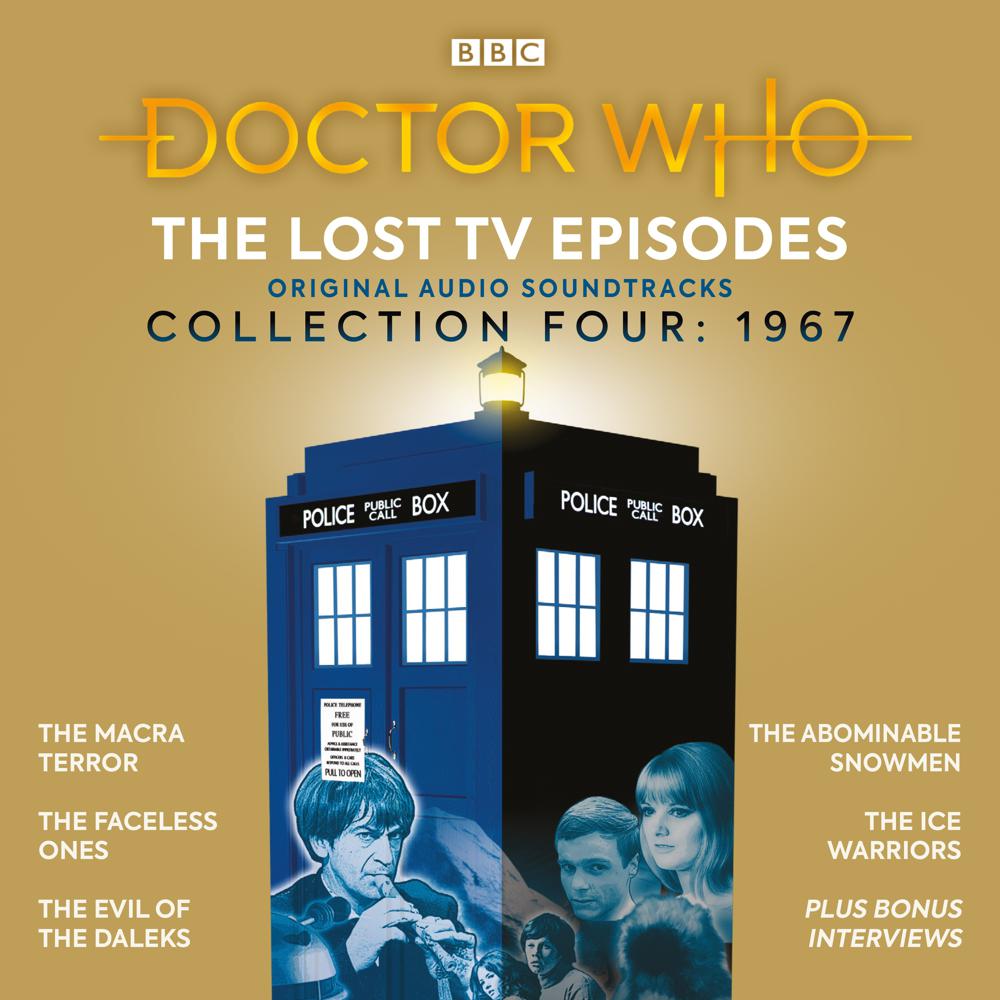 Absent from the TV archives, these stories survive in their entirety only as soundtrack recordings. Now remastered, with additional linking narration, you can enjoy them again: plus bonus interviews with Anneke Wills and Frazer Hines.

In The Macra Terror the TARDIS visits a human colony that appears to be one big holiday camp, but has in fact been infiltrated and taken over by a race of giant crab-like creatures – the Macra.

The Faceless Ones sees the TARDIS make a hazardous return to 1960s Earth, materialising on a runway at Gatwick Airport!

In The Evil of the Daleks the TARDIS has been stolen by antiques dealer Edward Waterfield, who lures the Doctor and Jamie into an elaborate trap set by the most deadly race in the universe: The Daleks.

The Abominable Snowmen finds the TARDIS in the Himalayas in 1935, where the Doctor makes a return visit to the nearby Detsen monastery – only to find it under attack, apparently from the Yeti…