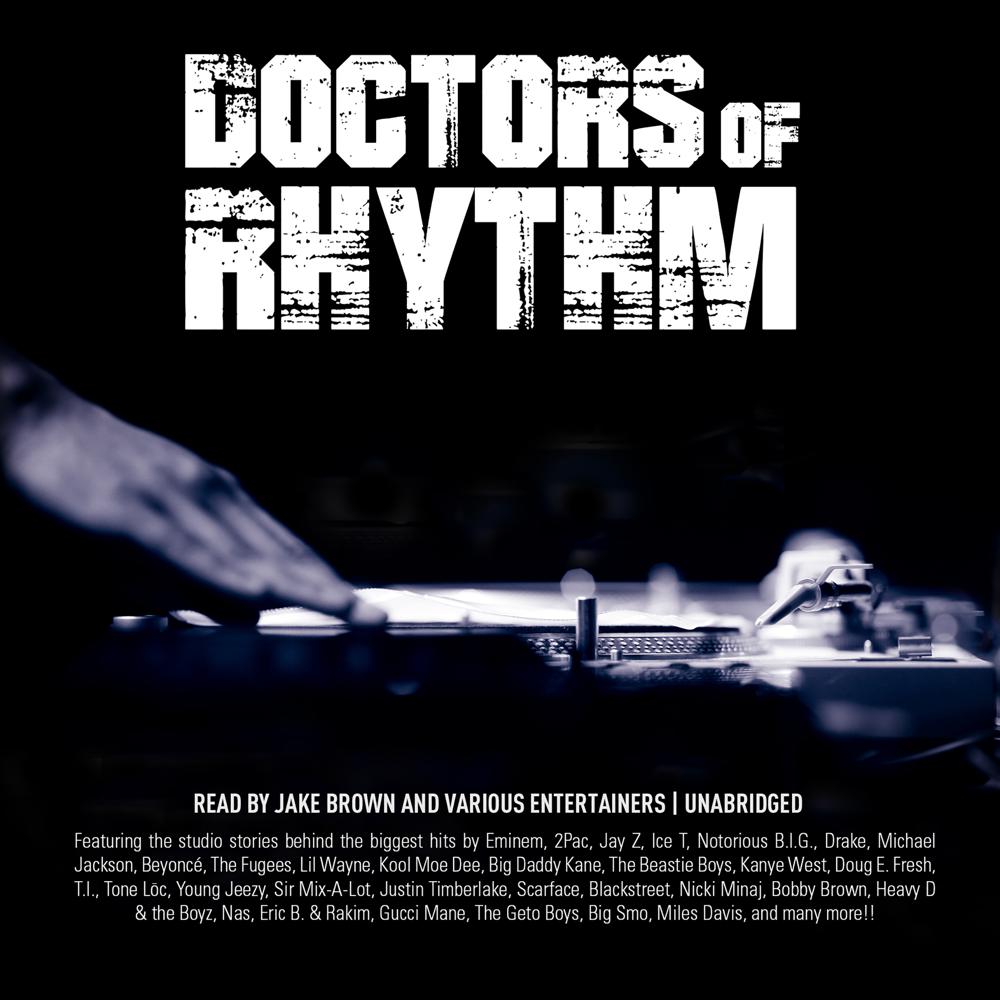 HIP HOP was born in the 1980s, exploded into the music mainstream in the 1990s, and by the Millennium, had become the biggest-selling genre in the record business. DOCTORS OF RHYTHM: Hip Hop’s Greatest Producers Speak! begins with rap’s biggest early hits that helped prove Rap was here to stay were classics like Tone Loc’s “Wild Thing,” Doug E. Fresh’s “The Show,” Young M.C.’s “Bust a Move,” Kool Moe Dee’s “Go See the Doctor” and “How Ya Like Me Now?!”, Sir Mix-A-Lot’s “Posse on Broadway,” Eric B. & Rakim’s “Paid in Full,” “Eric B. is President,” “Microphone Fiend,” “I Know You Got Soul,” “Let the Rhythm Hit ’Em,” “What’s On Your Mind,” and “Don’t Sweat the Technique,” Ice T’s “6 N the Mornin’,” “Colors,” and “Lethal Weapon,” and Bobby Brown’s “My Prerogative.”

Traveling every generation of Hip Hop, including the ’90s where the genre blew up into a mainstream commercial competitor on the success of radio smashes including the Fugees’ “Ready or Not” and “Killing Me Softly,” Mix-A-Lot’s signature #1 “Baby Got Back,” the Beastie Boys’ “Sabotage,” “Intergalactic Planetary,” and “So Whatchya Want?” Tupac’s #1s “How Do You Want It?” “Smile” and “Hit ‘Em Up,” the Notorious B.I.G.’s “Party and Bullshit,” “Gimmie the Loot,” “Goin’ Back to Cali,” and “I Love the Dough,” Pras and O.D.B.’s “Ghetto Supastar,” Scarface’s “Never Seen a Man Cry” and “Now I Feel Ya,” Blackstreet’s “No Diggity,” Michael Jackson’s “Remember the Time,” U.G.K.’s “Ridin’ Dirty,” The Geto Boys’ “Still” from the Office Space film soundtrack, and Juvenile’s “Back That Azz Up,” among countless more; fans of any era can stream along online while reading about the very songs they’re listening to!

Along with discussing the stories behind the in-the-studio creation of their greatest hits, these producers—featuring Wyclef Jean, Boi-1da, Pete Rock, Mike Dean, Mannie Fresh, Easy Mo Bee, Eric B., Mario C., Jeff Bass, Sir Mix-A-Lot, Afrika Islam, Drumma Boy, J-ROC, Teddy Riley, N.O. Joe, Jon Conner, Frequency, Aaron Harmon, Bangladesh, and Jeff Bass—each interviewed in their own individual chapters also recount their personal stories, including how they discovered production, got their foot in the door, highlight collaborations in the studio with specific artists, and advice for younger generations of aspiring producers who grew up on their hits as they hone their own craft.