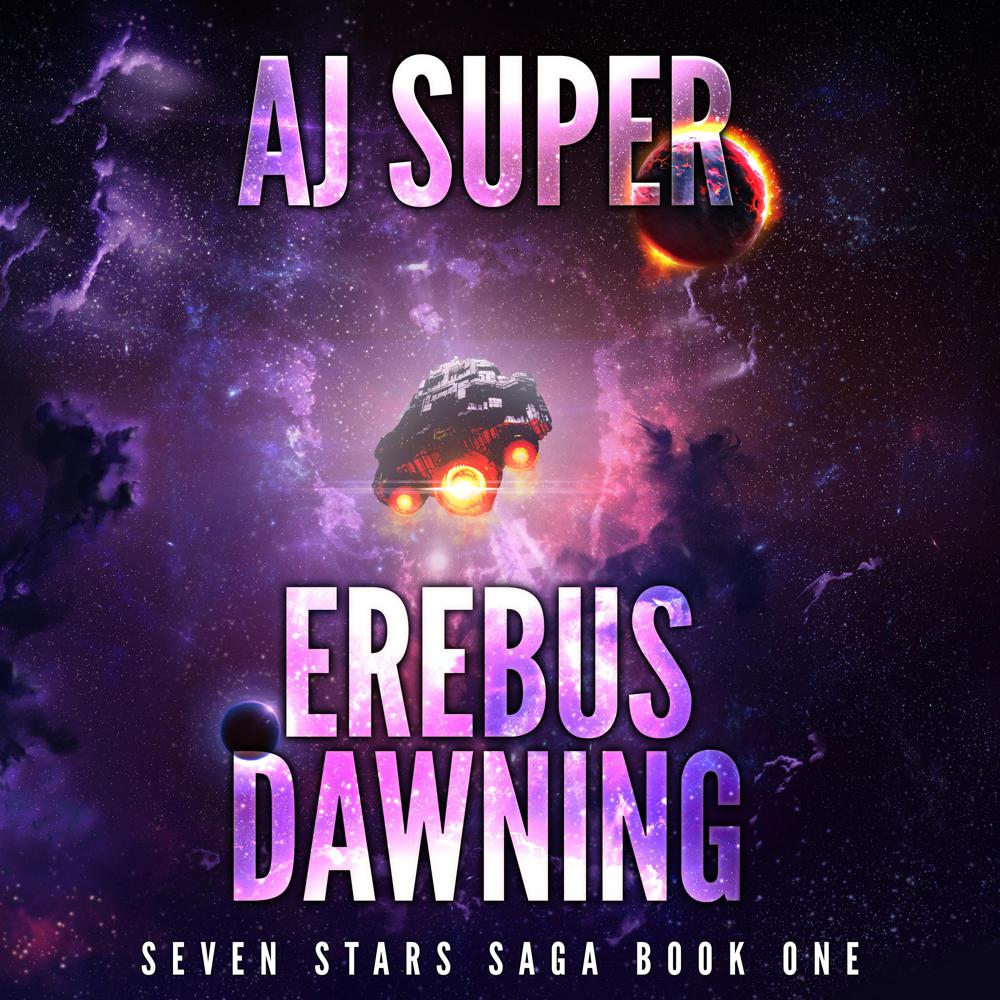 Those who can destroy a world can control the universe.

Everyone wants the Star of Erebus. Space pirate Nyx Marcus is no exception. With it, she can prove to her father that she is worthy of his legacy.

But she’s come up empty-handed aboard the spaceship Thanatos and now Malcam, her father’s First Officer, is mutinying. As Nyx flees with a loyal skeleton crew, she discovers that the planet-killing weapon, named after one of the seven gods, is more than what it seems.

Erebus isn’t a simple weapon. It’s an ancient AI and a technological god.

With the oppressive Queen of the Protectorate and new pirate captain Malcam searching for the Thanatos and Erebus, the AI god has more surprises for Nyx. Waking dormant AI code in Nyx’s blood, Erebus reveals they are family and Nyx is the head of the Seven Stars pantheon. Now Nyx must learn to control her power without sacrificing her own humanity or give her enemies a new way to oppress the known universe and lose the family she holds dear.