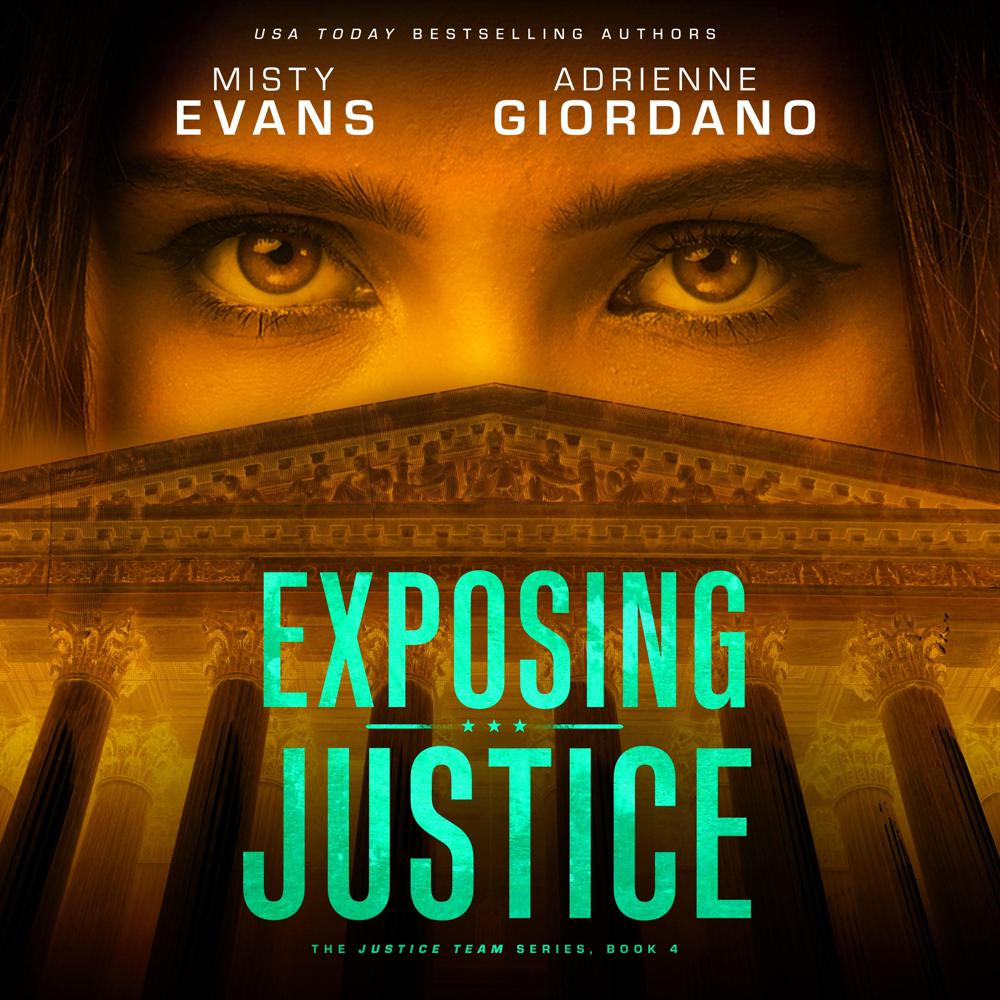 Fans of the Justice Team series will love this action-packed third installment.

As a public information officer for the US Supreme Court, idealist Hope Denby knows how to spin a story. A journalist at heart, she loves being in the middle of a juicy scoop and has her sights set on future press secretary for the White House. When a Supreme Court chief justice is accidentally killed in a road-rage accident and a high-profile conspiracy blogger claims it was premeditated murder, Hope has to shut down the paranoid blogger—which should be a slam dunk until she discovers that he is not as crazy as she thought and she has more in common with the secretive, hard-hitting investigator than she’d like to admit.

Cyber resistance against government corruption isn’t just a theory for Brice Brennan on his blog, The First Amendment Patriot. As a former ATF agent who blew the whistle on his superiors, he is no stranger to government cover-ups and scandals. An anonymous tip on the chief justice’s death sends him searching for answers. What he finds is a sexy, young idealist about to blow his private behind-the-scenes world to pieces.

Brice and Hope couldn’t be more opposite, but exposing justice makes them partners—and puts them on the track of a ruthless killer. As their investigation takes them into the dark underbelly of Washington politics and murder-for-hire, it also takes them into the bedroom where passion erupts and emotional walls crumble. But when the killer makes an attempt on Hope’s life, will Brice be able to keep her safe? Or will blowing the whistle on corruption and greed mean losing the one person he’s allowed himself to love?